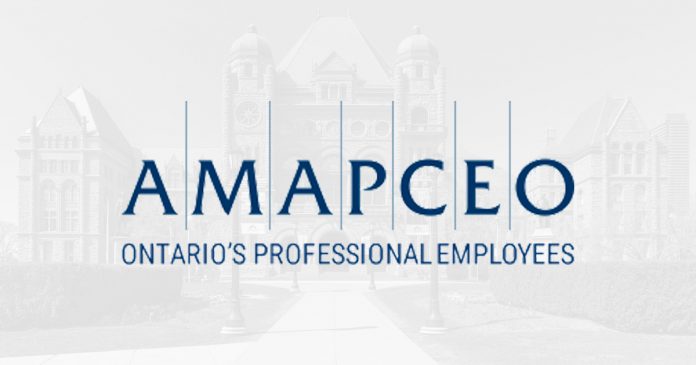 An Ontario employees union will debate a motion this week to give black employees two extra days off to deal with the impact of racism in their workplaces, communities and recent global events.

The black caucus of the Association of Management, Administrative and Professional Crown Employees of Ontario (AMAPCEO) indicates that the motion follows an apology by Ontario government deputy ministers earlier this year for the continued prevalence of “anti-black racism in the workplace.”

AMAPCEO represents 14,000 professionals, technical support workers, analysts, consultants and managers in the Ontario Public Service (OPS) as well as Ontario agencies such as the Ontario Arts Council and Public Health Ontario. Their annual conference is slated for Thursday and Friday.

A source who prefers anonymity said OPS workers already have three days of compassionate leave. The source went on to say that the black caucus wants two additional days, pointing to a third-party review of OPS that found systemic racism and discrimination against employees who are Indigenous, black, racialized and LGBTQ, as well as those who have disabilities.

That review and an apology released by the Cabinet Office in June of this year — and signed by all deputy ministers in the Ford government — were used as the rationale for the black caucus’s request.

A June 3 memo to all OPS staff apologizes for the “harm caused to Black employees by the prevalence and severity of anti-Black racism in the workplace.”

It also apologizes to Indigenous employees for the “pervasiveness” of anti-Indigenous racism to all other employees who faced discrimination and harassment because of their sexuality, gender identity or disabilities.

There is no mention in the Black Caucus resolution of extending extra leave to other minority groups that form part of AMAPCEO.

The resolution states there has been an “overwhelming increase” in mental health challenges among black members.

It also notes that the stress of racism manifests itself in “poor health outcomes, health inequities and disproportionate representation of debilitating diseases for black people.”

The board of directors indicates that the resolution, if successfully passed, will be referred to the collective bargaining priorities process. It also affirms the union can commit to advocating for greater mental health provisions for black members.

There is no indication in the AMAPCEO materials as to what percentage of its members is black.