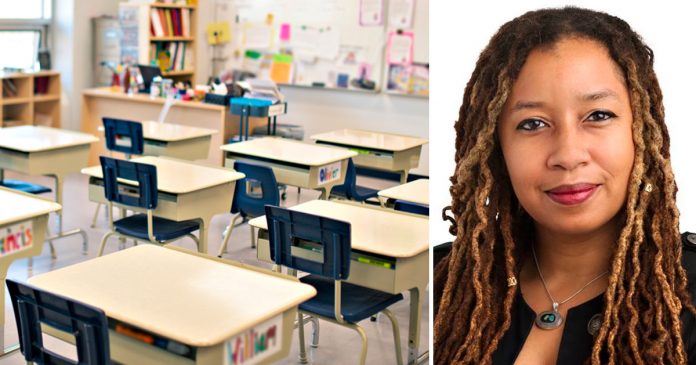 “Students, parents and education workers should never experience racism in Ontario’s public schools and post-secondary institutions,” said Lindo. “Yet every month we learn about new incidents of racism that leave students, families and their communities reeling.”

Lindo stated that the proposed bill “makes sure Ontario schools have the tools they need to develop anti-racist strategies that promote racial equity in Ontario from kindergarten to Grade 12 as well as throughout the post-secondary sector.”

The bill, called the Racial Equity in the Education System Act, would “ensure Ontario has equity strategies in public schools and post-secondary institutions to keep people safe.” The NDP press release goes on to state that it “was developed with assistance from educators, advocates, and racial justice experts across Ontario.”

The bill would also “acknowledge the existence of systemic racism and discrimination” in Ontario’s education system and “help educators, families, communities and students recognize and address racism in tangible ways.”

These methods include “collecting disaggregated race-based data” and “relying on anti-racism experts and communities to guide the process towards racial equity.”

“Elected officials must take real action to dismantle systemic racism,” said Brown. “We urge all MPPs to do what is right and support MPP Lindo’s bill so that we can ensure every student and education worker learns and works in environments that are safe and inclusive.”

Lindo used to work as the director of diversity and equity at Wilfrid Laurier University before being elected in 2018. She was on personal leave when the Lindsay Shepherd affair thrust the university into the media spotlight. The diversity and equity office never apologized to Shepherd for the incident, and Lindo claims she has never listened to the recording of the incident.

The Premier’s office could not be reached for comment in time for publication.