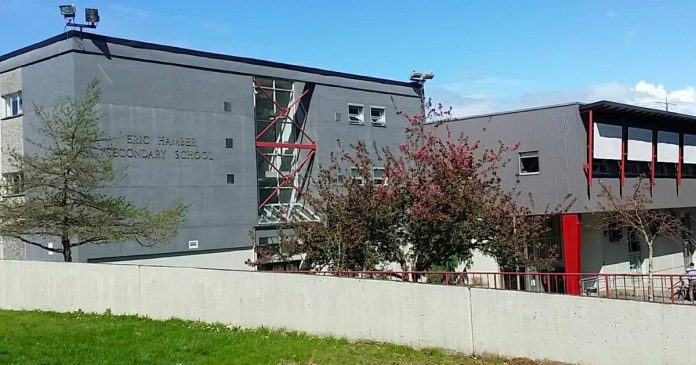 Vancouver public school officials have placed restrictions on a Catholic students club, requiring its members to have “general discussions” rather than share their faith with fellow students.

Que said he learned that people had contacted the Vancouver School Board (VSB) to complain about the club.

“It’s disappointing,” Que told the B.C. Catholic. “All I really wanted to do is to just teach Catholic teachings.”

He said the officials’ order means the Catholic Club will have to limit its weekly meetings to socializing and general discussion about Catholicism.

“I’m pretty sure this does not comply with the B.C. School Act or district policy,” said Bacchus.

The VSB said in a statement emailed to True North on Monday that on all matters regarding religion, the district is guided by the School Act.

Section 76 of the act states all schools “must be conducted on strictly secular and non-sectarian principles.” The act goes on to say that while proper morals are expected, “no religious dogma or creed is to be taught in a school.”

In terms of allowing “general discussions,” the VSB also referred to its Administrative Procedure 207, Conduct Related to Sectarian and Non-Sectarian Principles, which “provides for the thoughtful exploration of religious values and beliefs in the context of learning, and permits voluntarily attended activities which inform, but do not recruit or indoctrinate students, outside of regular instructional hours.”

The VSB said that while clubs that proselytize are prohibited, it complies with the British Columbia Human Rights Code not to discriminate against anyone on the basis of religion.

Que said he expected some reaction to the founding of the club, but “it’s been kind of crazy.” He said a school administrator visited the club who told them that its members “weren’t allowed to evangelize.”

Que’s priest at Holy Name of Jesus Parish Father Rodney Nootebos told the B.C. Catholic that he was disappointed to learn of the restrictions. Nootebos said it seems “ridiculous” to place restrictions on a Catholic club when other ones related to an ideology – such as LGBTQ+ –  are allowed.

“And yet you cannot have a club that is devoted to something that is precious and integral to many peoples’ daily life,” Nootebos said. “I think it’s an absurdity and very sad.”

Students at Eric Hamber formed 68 clubs in the 2019-2020 school year. These clubs include issue-oriented clubs such as Project Poverty, LGBTQ+ Art, Environmental, Diversity and Animal Compassion.

Sir Charles Tupper Secondary School, which is nearby, has a Jewish Cultural Club.

The VSB requires all secondary schools to support students in forming gay or gay-straight alliance clubs.