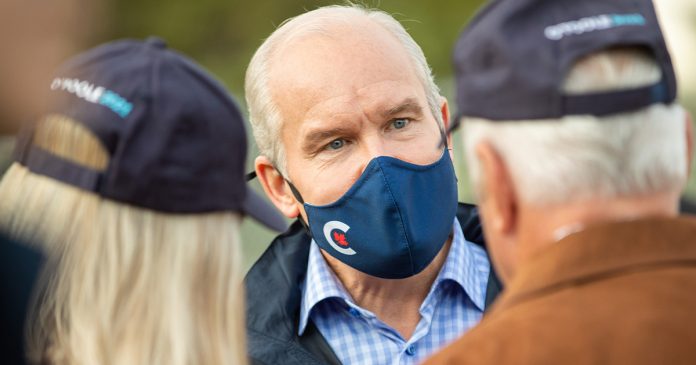 What is the purpose of the Official Opposition in a Parliamentary system? You don’t need a degree in political science to know that the job is to “oppose” the government.

That’s it. That’s the job. Oppose the government, hold them in check, and in the case of our federal Conservative opposition party, stop the Liberal government from pushing the country ever-further to the Left.

So while it may seem heart-warming to see the entire lower chamber standing in unison to approve a bill (then giving themselves a two-minute standing ovation, hand-gladding, cheering and jumping for joy), in fact, it betrays the principles of our system of government.

Especially when, just a few months ago, Conservative MPs provided legitimate reasons as to why this specific bill, as is, ought not to be passed into law.

I’m talking about Bill C-4, formerly known as Bill C-6, An Act to amend the Criminal Code (conversion therapy), which received unanimous consent last Wednesday to skip the vote in the House of Commons and go straight to the Senate for a rubber stamp.

For context, this is the third time this bill has been introduced by the Liberal government. In previous attempts, it was opposed by 63 MPs – who presented a compelling opposition.

Conservative MP Garnett Genuis launched a campaign called “Fix the Definition” arguing that because of the vague wording in the bill, it “would needlessly criminalize normal conversations between children and their parents, teachers, counsellors, and mentors about gender and sexual behaviours.”

Genuis stressed that “all politicians oppose conversation therapy in principle” and agreed that “coercive, degrading actions that seek to change a person’s sexual orientation or gender identity should be banned.”

His point was simply that the definition the Liberal government used for conversion therapy was too broad and too vague. It could, therefore “open the door for law enforcement to tap into private family communications to investigate discussions that might fit the bill’s broad definition of conversion therapy.”

This seems like a typical Liberal wedge issue, and typical government overreach. Trudeau and company clearly devised a bill that, on the surface, seems reasonable. The conversion therapy camps portrayed in American movies from the 1990s were cruel and intolerant.

The reality is that these places don’t exist in 2021 in Canada – aside from in the minds of the Leftist elite. The bill appears to have been designed in part to trap the Conservatives who, out of principle, don’t want laws banning free speech and free association.

If a struggling teenager wants to go to see a qualified therapist, talk an issue over with family or speak to a member of his or her faith community, he or she should freely be able to do so.

Instead, for political gain, the Liberals have confused parts of the issue and have trapped the Conservatives into defending a bill named after a practice that is universally deplored. And, no surprise, much of the media quickly adapted the simplistic and dishonest Liberal narrative on this issue.

Regardless, it is the job of the Conservative opposition to explain all of this to Canadians, to push back against dishonest members of the Parliamentary Press Gallery, and to stand up to the cynical and radically ideological Liberal government.

Instead, as we saw, the Conservatives caved. They approved the bill, with no amendments or new definitions.

Not only did Conservatives cave, they were the ones who introduced the motion to fast-track this bill, and they are the ones who were literally jumping for joy and dancing in celebration in the House of Commons.

(It should be noted that Genuis was not in the House during this spectacle. Coincidentally, according to his social media, he was in Europe on government business.)

This is worse than a flip-flop – although it is yet another flip-flop to add to CPC Leader Erin O’Toole’s long list of them – it’s a betrayal to conservative principles and to the very purpose of our Westminster system that was designed to facilitate disagreement and debate.

Should Bill C-4 have been a hill to die on for Conservative MPs? Probably not.

But the underlying principles – defending free speech and freedom of association, pushing back against the latest potentially harmful leftist trend, and acting as an Official Opposition by opposing Liberal overreach – must be defended, otherwise, what’s the point of being a Conservative?