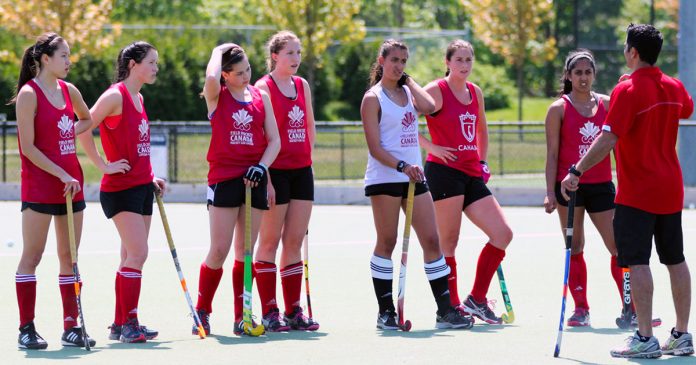 The Canadian women’s field hockey Junior National Team is expected to return home today after being stranded in South Africa for nearly two weeks due to the Liberal government’s requirement for “third-country” COVID-19 testing.

On November 30, 2021, the federal government announced it would require Canadians hoping to return to Canada to have a valid negative COVID-19 molecular test in a third country.

No other country currently has this requirement.

Since the cancellation of the field hockey world cup tournament due to the Omicron variant on Nov. 26, the young women –  who range from 18-21 years old – have been kept bubbled at a South African university.

“There were lots of tears and let’s just say there’s been some semi-mental health issues going on with mental health support being provided because it’s just been a very stressful situation.”

According to Daum, the team was told by their travel agency that because of the Canadian government’s measures they would likely not be able to board a flight out of the country via a layover in Frankfurt, Germany.

“On December 3rd we got the news that it was not the German government but it’s due to our own country’s requirement to have third country testing in Frankfurt that caused this whole flight option to be out the window,” said Daum.

At the time Daum stated that the girls and the travel agency received “no assistance from the federal government in any tangible way to find a way home.”

It wasn’t until Daum and other parents launched a pressure campaign by contacting the media and local MPs that the government acted to bring the young women home safely.

“It has been an exceedingly stressful situation, and it really felt like lip service the whole way along (from the government),” Daum told True North. “I really firmly believe that without the pressure I just don’t get the sense that anything would happen.”

On Saturday, the team was informed by the federal government that an exemption to the third-party testing had been granted for Canadians stuck in South Africa for a short period of time.

“If the exemption is provided today, passengers will not be required to obtain another test in Frankfurt,” read the email from the Canadian government. “You will however be required to abide by the testing and quarantine procedures on arrival at the first port of entry in Canada.”

Many public health officials including the Director-General of the World Health Organization Dr. Tedros Adhanom Ghebreyesus have blasted the Canadian government for the third-party testing requirement.

“The WHO was criticizing Canada for this asinine third-party testing rule that very few if any other countries are implementing. It caused a great deal of distress for these girls, my daughter included,” Daum told True North.

The team, which is double-vaccinated, will undertake COVID-19 testing as well as abide by the current public health measures upon arriving back in Canada. This includes 14 days of quarantine, which will end just before Christmas.