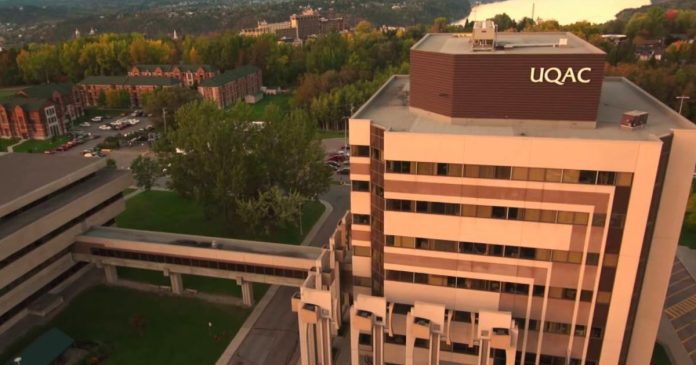 University of Quebec at Chicoutimi (UQAC) arts lecturer Michal Pawica is being punished for the “colourful” ways he taught his class, according to Le Devoir.

Le Devoir reported that Pawica dressed up as an Indigenous person when he was speaking about Indigenous issues in Canada. In a lesson about race and racism, Pawica reportedly also spoke the N-word.

Pawica has been suspended from teaching until the end of the fall semester but has been told he can restart work in January. He has been ordered to undergo sensitivity training.

Authorities launched an internal investigation of Pawica upon hearing about his actions. He will be paid until the end of the semester despite another lecturer teaching his three courses.

Pawica said he will be correcting his “behaviour deemed inappropriate.”

Sources told Le Devoir that university management has determined professors have the right to teach controversial subjects without censorship. However, they added, classrooms need to be welcoming places for students.

Pawica introduced himself to his class while dressed as an Indigenous person on Nov. 1 because he was discussing a book about the Truth and Reconciliation Commission.

He had argued that he dressed up as an Indigenous person to get his students’ attention. Pawica had reportedly worn other costumes in the weeks leading up to this incident while teaching other lessons.

He also said the N-word in class, apparently to provide context and to condemn former U.S. President Donald Trump’s own alleged racism.

While considered by some to be a “colourful” lecturer who loves to be dramatic when he teaches classes, other students disapprove of his approach. While his costume was not found to have been worn with malicious intent, it was considered inappropriate by students and university management.

One voice that is condemning the university’s treatment of Pawica is Mark Mercer, a philosophy professor at Saint Mary’s University in Halifax and president of the Society for Academic Freedom and Scholarship. Mercer wrote an open letter defending the lecturer’s approach to teaching.

“Academic freedom protects the right of professors to use their judgment in teaching their students,” wrote Mercer. “Dressing in costume is a pedagogical technique of long standing. Speaking the words that one intends to discuss is sound pedagogical practice.”

Mercer added that people who are against Pawica’s actions are free to tell him that he is wrong and to speak about them. He wrote that it is not up to the university to enter itself into how he runs his classes.

Pawica and UQAC could not be reached for comment in time for publication.