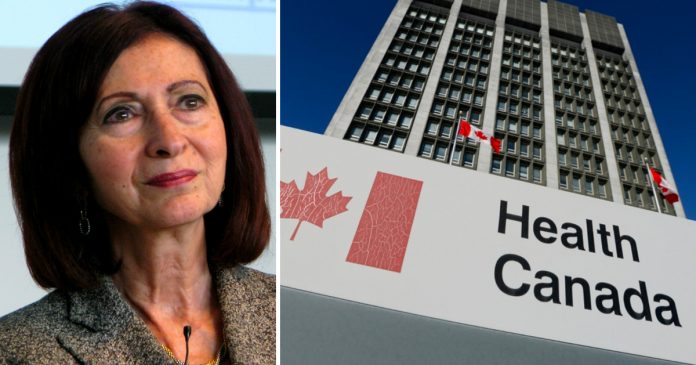 Ontario’s former privacy commissioner and Executive Director of Global Privacy and Security by Design Ann Cavoukian told True North that Canadians must demand accountability from the Public Health Agency of Canada (PHAC) for tracking their devices without consent.

According to Blacklock’s Reporter, PHAC secretly spied on 33 million mobile devices of unsuspecting Canadians to monitor its lockdown measures. The details of the plan were revealed on Monday.

Cavoukian told True North that Canadians should have “zero trust” in what the government is telling them.

Part of the project involved collecting the cell tower locations of devices and other mobility data. Experts have pointed out that such data can be used to identify sensitive location information.

“Due to the urgency of the pandemic the Agency collected and used mobility data such as cell tower location data throughout the Covid-19 response,” said PHAC spokesperson Mark Johnson.

“It was to help understand possible links between the movement of populations within Canada and Covid.”

PHAC revealed the initiative this week, claiming to want to “be open and transparent” with the Canadian public. In reality, a federal contract was circulating prior to the announcement that revealed the federal government was hoping to make cell tower tracking a permanent feature of its research.

“That is what is outrageous,” Cavoukian told True North. “If that hadn’t been caught onto, this could have continued for any length of time without anyone knowing it was happening. Completely unacceptable.”

Last year, the federal government introduced the COVID Alert app to track COVID-19 exposure. However, the app failed to pick up with a majority of Canadians after a study found that only 25,552 had opted to use it.

According to Cavoukian, the PHAC data sweep was a convenient way to get around requiring consent from individual users to track their movements.

“They wanted to find some other way they could do it, and this was the easiest way because they haven’t attained any approval for anything they just did,” Cavoukian told True North.  “And that’s what is so unbelievable to me that they could just do this and access the data of 33 million mobile devices and track it.”

“I just want to remind people how important privacy is. It forms the foundation of our freedom, and if we want to preserve our free and open society then we have to preserve strong privacy and object vehemently when we see surveillance models like this and the tracking of the population’s activities.”