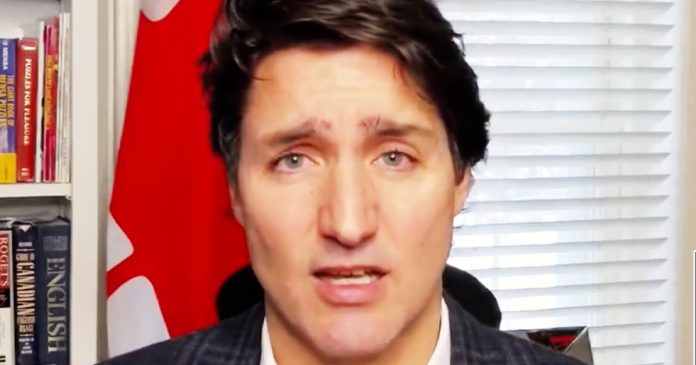 Prime Minister Justin Trudeau is telling Canadians to “hunker down” over the Christmas holidays as provincial governments order people to stay in their homes and cancel events due to the Omicron variant.

Trudeau made the comments on Wednesday during a video statement to Canadians aired on CPAC.

“We stick up for each other, we make those tough choices to keep each other safe and we know that as long and dark that winter can be, spring is coming and spring will be better if we hunker down in the coming weeks.”

The province also limited social gatherings to 10 people indoors and 25 people outdoors. Bars and other venues will be required to close their doors by 11 p.m. with the option of continuing takeout and delivery past that time.

Alcohol sales will also be shut down at 10 p.m. province-wide.

Quebec has also implemented new measures to curb the spread of the virus and is expected to introduce even more stringent restrictions soon.

As of last week, all bars, casinos, theatres, spas and gyms were ordered to shutter their doors. Quebec also closed elementary and high schools, with in-person learning expected to return on Jan. 10.

Quebec Premier Francois Legault is expected to announce more measures on Wednesday evening. Some reports have speculated that these will include a curfew and a two-week shutdown on non-essential businesses and restaurants.

Bars, gyms and nightclubs have also been ordered to shut down, while indoor venues have had their capacity reduced to 50%.

Meanwhile in Alberta, the provincial government also reduced capacity by 50% for large venues and businesses as well as introducing vaccine booster shots for all adults. Restaurants and bars are being ordered to limit table capacity, and dancing is prohibited.

In the Prairies, Manitoba and Saskatchewan have also curbed capacity limits. Manitoba health minister Audrey Gordon announced a limit to indoor gatherings with vaccinated people to include members of the household plus ten guests. Meanwhile, unvaccinated households are being limited to five guests at a time.

Gyms, movie theaters and restaurants have also been ordered to reduce their capacities to 50%.

As for Saskatchewan Premier Scott Moe, his government has stated that it won’t restrict indoor gatherings but instead asked Canadians to be conscientious of pandemic rules when gathering.

“We will increase measures if it is necessary, but they shouldn’t be your first point to go when it comes to finding your way through any potential COVID wave,” said Moe.

Atlantic Canada has also seen an increase in restrictions. In Nova Scotia, gatherings have been limited to 10 people for both indoor and outdoor settings. Events such as festivals and sporting events are prohibited. Businesses and restaurants are being ordered to maintain a 50% capacity limit.

The PEI government announced similar measures including ordering all bars and restaurants to close at 11 p.m. and requiring out-of-province travellers to isolate for four days. Newfoundland and Labrador has announced similar travel restrictions.

In New Brunswick, Premier Blaine Higgs has said that he will announce new restrictions following Christmas.

As for the territories, Yukon, Nunavut and the Northwest Territories have added inter-provincial travel advisories.

Nunavut has also ordered venues to reduce their capacity to 50%. Outdoor gatherings have been restricted to 50 people while indoor gatherings are limited to 10. Capacity limits have also been placed on gyms, places of worship and restaurants.