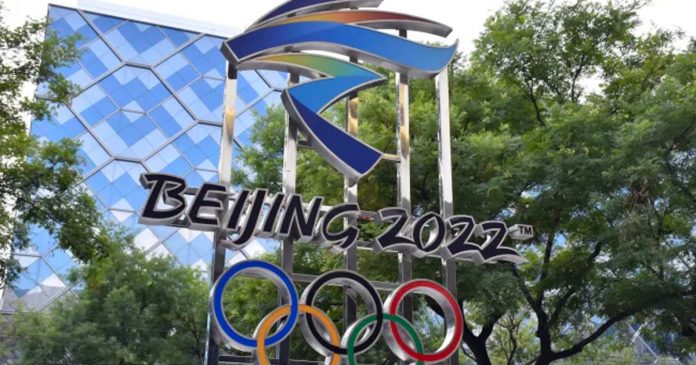 A group of 200 global campaign groups have written a letter to the television networks that will be showing the 2022 Beijing Summer Olympics, asking them to cancel their broadcasting deals.

“All of your companies are at serious risk of being complicit in China’s plan to ‘sport wash’ the severe and worsening human rights abuses and embolden the actions of the Chinese authorities,” reads the letter. “By broadcasting Beijing 2022 your companies will legitimize these abuses and promote what is being widely described as the ‘Genocide Games.’”

The letter reads that while many of these television networks have stood up for human rights, their efforts will be “overshadowed by the abuses going on away from the cameras” if they go on to broadcast the 2022 Beijing Olympics.

Human rights commitments are pointless if they are not accompanied by meaningful action, according to the letter.

The Chinese government has stated the 2022 Beijing Olympics will be “open and inclusive,” create a “harmonious world” and promote “social progress.”

For people living in China, the campaign groups write, daily life does not reflect these principles.

Outlets have reported that at least two million Muslims are being held in “re-education camps” in China where they are tortured. Freedom House ranked China-occupied Tibet as the least free place in the world for civil and political rights.

Pro-democracy activists have also been rounded up and imprisoned for protesting in Hong Kong, while China has been intimidating Taiwan in recent months.

The International Olympic Committee (IOC) said it would take action if China did not meet its promises to uphold human rights.

The campaign groups write that the Chinese government has backtracked on the human rights pledges they made to host these Olympics, and there has been no accountability by the IOC and international organizations. Their letter claims China has been given “a free pass to wantonly violate human rights and fundamental freedoms.”

A letter from Human Rights Watch to the IOC said the 2022 Beijing Olympics will be held in “a human rights environment significantly worse than that of 2008.”

The letter from the human rights groups said the reputations of the television networks participating in the upcoming Olympics risk being tainted if they go ahead with their partnerships.

“Genocide must be a red line that cannot be crossed, no matter the cost,” reads the letter.

Canada will be holding a “diplomatic boycott” of the 2022 Beijing Olympics. This means politicians will not attend the event, but athletes can continue to compete.

“We are extremely concerned by the repeated human rights violations by the Chinese government,” said Prime Minister Justin Trudeau when announcing the measure.