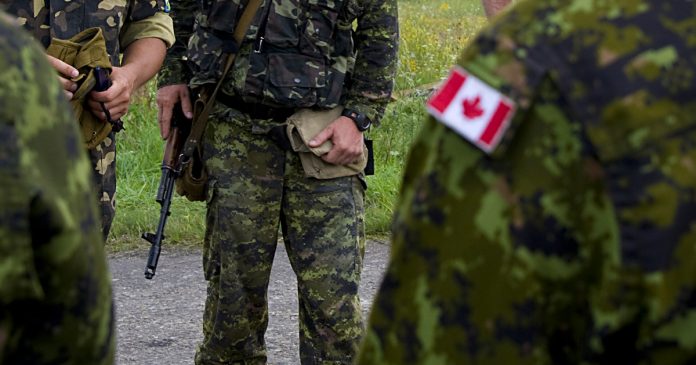 The Canadian Armed Forces (CAF) will be bringing in gender-neutral uniforms to allow members “to choose the uniform that makes them the most comfortable,” according to a briefing note obtained by Blacklock’s Reporter.

The Department of National Defence (DND) told Blacklock’s on Wednesday that it is unsure when the dress code will be rewritten.

“We will continue to work hard to build a defence team where all members feel safe and protected,” said the DND.

The briefing note, called “Diversity and Inclusion,” said new guidelines will end gender-specific accessories like the bowler cap for women in the Navy. This update will also “eliminate binary uniform and appearance choices.”

The CAF is looking into feminine options for ranks in French because all of them are exclusively masculine. “Non-binary members” would be able to wear whichever variations they choose.

These proposals follow the DND’s creation of the Advisory Panel on Systemic Racism and Discrimination in 2020. The panel was established to “support Indigenous, Black and people of colour along with the lesbian, gay, bisexual, transgender, queer, two-spirit community and women.”

A final report from the panel is due on Jan. 31. The department did not tell Blacklock’s if the document would be made public.

The CAF has no official count of transgender or “non-binary” members. A report titled “Beyond the Gender Binary” noted a 2016 Statistics Canada questionnaire commissioned by the Canadian military. The report found that out of 104,000 members at the time, about 3,000 (2.8%) said they were gay and 200 (0.2%) identified as transgender.

“Beyond the Gender Binary” goes on to explain that “gender binary is the limiting concept of viewing gender as consisting of two opposing categories, male and female, with no other possibilities for gender to exist and where everyone must be one or the other.”

“Gender spectrum,” said the report, “is the concept beyond the binary where gender exists on an infinite continuum between male and female.”

“Individuals may identify nearer to one end of the spectrum or the other while others may move fluidly along the range and some may not identify on the spectrum at all,” it added.

The uniform catalogue for the Canadian Coast Guard (CCG) started to move away from gender categories toward universal size and fit in 2020. All labels on CCG uniforms are now gender neutral.

“Right now our uniforms are labelled as Style A and Style B,” said CCG College director of studies David Gerbasi. “It’s not only here at the Canadian Coast Guard College, but in the coast guard in general.”

Gerbasi said the change meant people would not have to be restricted to identifying as male or female.