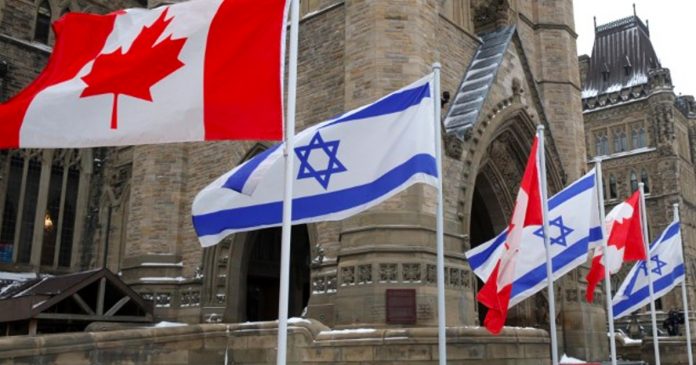 Officials stationed at Canada’s missions abroad were opposed to the Conservative Party of Canada’s 2019 campaign commitment to relocate the embassy in Israel from Tel Aviv to Jerusalem, True North has learned.

Documents classified as secret obtained by True North under an access to information request filed in 2019 show that foreign service staff were preparing for the possibility of a Conservative election victory and the need to implement then-leader Andrew Scheer’s campaign promise, but hoped they would not have to do so.

“I hope none of this comes to pass, but we need to plan for every exigency,” said an Oct. 3, 2019 email from Douglas Proudfoot, then the head of Canada’s diplomatic mission to the West Bank and Gaza in Ramallah.

A section marked “security implications” was redacted, but under the “diplomatic consequences and mission mandate” section, Proudfoot goes on to question whether an embassy move would be worth the risk.

“What would be the purpose of incurring the additional risk?” he said. “Our basic purpose is to support a two-state solution, but (if) Canada takes a policy stance which goes against that goal, the raison d’être of the mission no longer applies.”

Proudfoot says in the communique that public servants have a duty to “give our political masters our best advance, and then to do everything we can to achieve the successful implementation of whatever decisions they ultimately take.”

“We are duty-bound to point out the political, commercial, development and security consequences of such a decision,” Proudfoot added.

Proudfoot theorized that moving the embassy to Jerusalem would mean shutting down the Canadian mission in Ramallah, though the incoming Canadian representative in the West Bank, Robin Wettlaufer, said in a reply that no party had proposed such a closure.

Wettlaufer said in her message that her office would not support a Canadian government looking to the “US operations’ model,” though a line defining what is meant by that is redacted.

Despite the reluctance, officials were putting together transition plans as early as Oct. 1, while the federal election was underway, starting from security protocols they would put in place after the election if the Conservatives won.

These protocols included a ban on personal travel by diplomatic staff in the West Bank, no business travel outside of Ramallah, Bethlehem and Jericho, and daily security assessments.

The Conservatives did not win the 2019 election, though in 2021, Conservative leader Erin O’Toole similarly pledged to move the embassy were his party to form government.