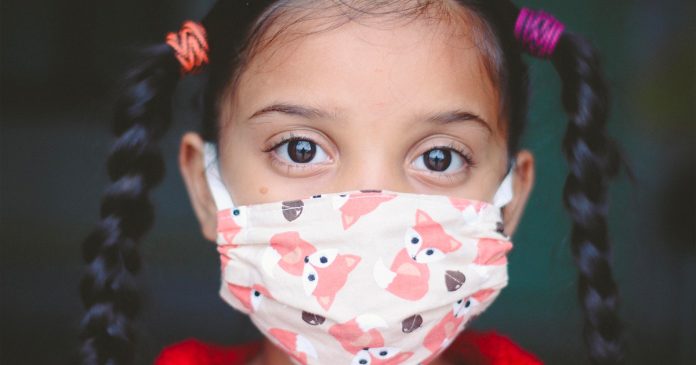 The Durham District School Board (DDSB) in Ontario wants children aged four and five years old to wear masks when they return to school for in-person learning.

According to Durham Radio News, trustees voted to make mask-wearing mandatory for kindergarteners even though provincial guidance does not require masks for that age group.

As it stands, kindergarteners are currently being strongly encouraged to don masks. According to Durham Catholic District School Board director of education Tracy Barill, there has been a “high degree” of compliance with the direction.

The Jan. 3, 2022 motion to force kindergarteners to wear masks was moved by Trustee Niki Lundquist and was adopted by the DDSB’s Standing Committee.

The motion read “that masking for all students, including those in kindergarten and junior kindergarten, be made mandatory during in-person learning (subject to credible human rights exceptions only).”

The Peterborough Victoria Northumberland District School Board have also moved to introduce mandatory masking for kindergarteners.

As it stands, the Ontario government’s policy is to “encourage students in kindergarten to wear non-medical or cloth masks indoors in school, as well as on school vehicles.”

Masks are already mandatory for teachers, staff and students from Grades 1 to 12.

Other school trustees in Ontario have also pushed for kindergarteners to be masked.

As exclusively reported by True North, Ottawa-Carleton District School Board (OCDSB) trustee Lyra Evans put forward a similar motion for “mandatory masking for students in all kindergarten classes” in August 2022.

The motion called for “the OCDSB (to) extend the existing mandatory masking mandate to include students in all kindergarten classes.”