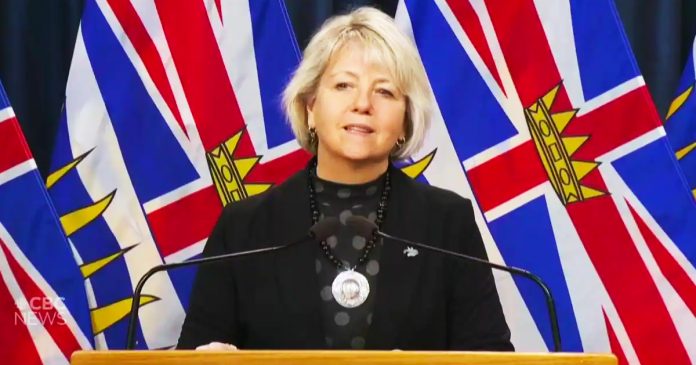 British Columbia has joined Ontario in admitting its COVID hospitalization numbers don’t tell the whole picture when it comes to who is actually sick with COVID and who simply tested positive for it.

With fear of the Omicron variant having overwhelmed B.C.’s COVID testing system, B.C. health officer Bonnie Henry was asked on Friday how accurate hospitalization statistics are.

Henry said that right now, B.C. is counting everyone in the hospital with a COVID positive test as a hospitalization.

Henry said that the province is working on streamlining the tracking of hospitalization data, but that automation will miss key specifics.

“So it is an overestimation of the burden that Omicron is causing, but it is a number that we get,” Henry said. “It’s not 100% accurate every single day because it relies on people counting who’s in every single hospital and then collating that information.”

B.C. health minister Adrian Dix also revealed Friday that the province’s hospital beds – currently at 95.1% capacity under COVID – operated at nearly a 10% higher capacity even before the pandemic began.

Dix said that during the winter flu season before COVID in 2019, hospital beds were at 103.5%.

“It’s not just an issue of we have this many beds available,” he said. “It’s also a significant staffing issue, which is why we are taking the steps we are taking.”

The steps Dix referred to involved the pre-emptive cancellation of surgeries in order to free up beds for an ever-expected flood of COVID-19 patients, as well as the possibility of staff being unavailable due to illness.

On Friday, B.C. health officials announced 349 people in hospital with COVID-19 with 93 in intensive care. 3,144 new cases had been reported since Thursday.

As Anthony Furey reported on Dec. 30 in the Toronto Sun, Ontario’s officer of health Kieran Moore admitted that about 50% of that province’s COVID hospitalizations were incidental – that is, they indicated people who happened to test positive for COVID upon arriving at the hospital, but who had checked in for other reasons.