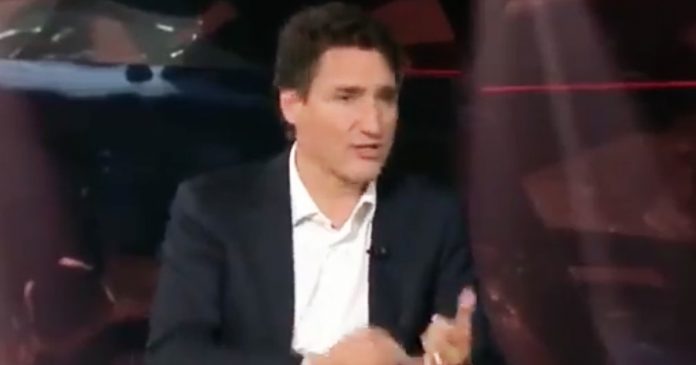 Prime Minister Justin Trudeau’s divisive remarks about unvaccinated Canadians have the international media once again raising their eyebrows about his judgment and leadership.

“That is the leader of Canada coming out with such polarising things,” said guest and broadcaster Tonia Buxton. “You know we are not allowed to say this but certain things happened during the Second World War and how did they happen? It’s like this.”

Trudeau made the remarks on Sep. 16, 2021 during an interview on the French-language program La semaine des 4 Julie.

“They are extremists who don’t believe in science, they’re often misogynists, also often racists,” Trudeau said of the unvaccinated. “It’s a small group that muscles in, and we have to make a choice in terms of leaders, in terms of the country. Do we tolerate these people? Or do we say, hey, most of the Quebecois people – 80% – are vaccinated. We want to come back to things we like doing. It’s not those people who are blocking us.”

Yesterday, the prime minister also suggested that people were “angry” with the unvaccinated.

“People are seeing cancer treatments and elective surgeries put off because beds are filled with people who chose not to get vaccinated; they’re frustrated. When people see that we’re in lockdowns, or serious public health restrictions right now because [of] the risk posed to all of us by unvaccinated people, people get angry,” said Trudeau.

Buxton was not the only broadcaster to criticize the prime minister for his divisive way of looking at things. GB News host and presenter Neil Oliver called Trudeau’s remarks “borderline criminal” in a segment earlier this week.

“He’s setting people up as being lesser, as being other, as being despicable, as being guilty of things that are socially unacceptable: misogyny, racism,” said Oliver. “And to put those crimes onto people who are hesitant about an experimental medical procedure, I think it’s a disgrace, I think it’s borderline criminal.”