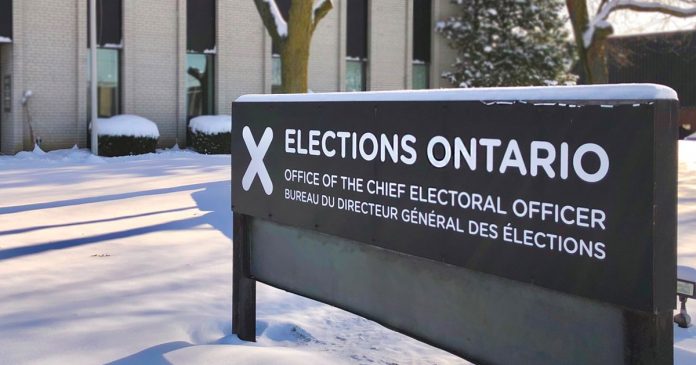 Elections Ontario will not be requesting people show vaccine passports when they cast their ballots, despite the claim of an Ontario People’s Party of Canada (PPC) candidate.

“Elections Ontario now has a vaccine passport policy for entry to all locations, including field locations (i.e. polling stations),” said Giancola in a tweet. “People without a vaccine passport will not be able to vote in person at the 2022 Ontario provincial election.”

Elections Ontario said in a since-deleted webpage that it had implemented a mandatory COVID-19 vaccine policy to stop the spread of the virus. Vendors, consultants and visitors would have to show vaccine passports and identification when they entered Elections Ontario locations.

People who could not prove they were fully vaccinated would be denied entry.

Elections Ontario said in a statement emailed to True North on Monday that people would not be required to show vaccine passports to vote.

“Elections Ontario’s COVID-19 vaccination policy applies to all vendors, consultants and visitors entering its corporate office facilities to conduct in-person business,” it said. “It does not apply to voters wishing to cast their ballot at voting locations in Ontario.”

Elections Canada does not require voters to be fully vaccinated. However, voters have to wear masks when they enter polling stations or risk being turned away.

While unvaccinated Canadians are still free to vote in person in general elections, the situation is more complicated for legislative votes. For example, the House of Commons imposed a mandatory vaccination policy for MPs Nov. 22.

Unvaccinated Ontario MPPs could also be prevented from entering the Legislative Assembly of Ontario unless they have tested negative for COVID-19. New Blue MPP Belinda Karahalios was kicked out of the Ontario legislature for violating COVID-19 protocols in December.

Speaker Ted Arnott asked Karahalios to leave multiple times before ordering her to be escorted out of the Ontario legislature.While no democratic country has yet banned unvaccinated people from voting altogether, MPs in Latvia who have not been vaccinated or recovered from COVID-19 will have their pay suspended and no longer be able to participate in parliamentary votes.