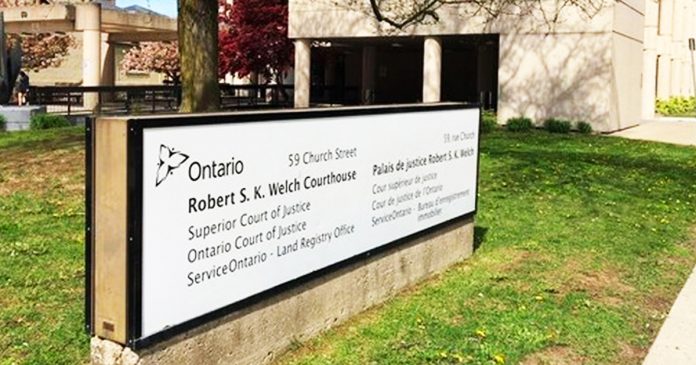 A Niagara area judge is questioning why a violent refugee who has received more than 40 convictions since arriving from Syria has not been deported, according to the Niagara Falls Review.

“He has lived a life in Canada of persistent criminality,” said Judge Joseph De Filippis in the Ontario Court of Justice in St. Catharines on Thursday. “As an aside, and respectfully, I don’t understand why he’s still in Canada.”

Mohammed Al-Samaneh, a 32-year-old man who came to Canada as a Syrian refugee, has 44 convictions for multiple violent crimes such as assault and forcible confinement. Al-Samaneh had been placed on the National Flagging System, which identifies high-risk, violent criminals.

Al-Samaneh most recently pleaded guilty to committing an indecent act and failing to comply with probation. He had been charged with criminal harassment.

The court heard that a young woman was cleaning a Niagara Falls, Ont., restaurant in 2020 when she was approached in the reception area by an unknown male. The woman told the man that the restaurant was closed and asked him to leave.

He ignored the request and followed her around the restaurant. He told her that she was “cute,” asked for a hug and masturbated in front of her.

Al-Samaneh was arrested later that day.

The court heard that the defendant was born in Iraq and spent time in a refugee camp in Syria before immigrating to Canada.

“Mr. Al-Samaneh has had a very difficult life, more difficult than many of us could imagine, leaving a wartorn country and then going to another area which is often a place of conflict,” said De Filippis. “I can’t imagine how difficult it was for him but, that said, at the age of 32, he’s amassed 44 convictions.”

Defence lawyer Mark Evans said that his client was on drugs when he went into the restaurant, so “his recollection of what happened on that occasion is foggy as a result.”

Evans requested Al-Samaneh not receive any jail time because he had spent about eight months in pretrial custody.

De Filippis disagreed with Evans, sentencing Al-Samaneh to 10 months in jail. He received credit for spending time in pretrial custody, so he will have to serve only two months in jail.

Al-Samaneh has been put on probation and ordered to stay away from his victim and the restaurant where she worked. He has also been banned from possessing weapons for life.

Permanent residents can lose their status and face deportation from Canada under the Immigration Refugee and Protection Act if they are found guilty of committing serious crimes.