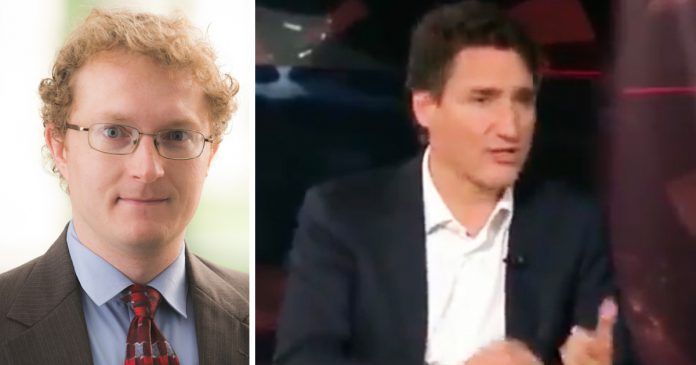 A New York academic and historian has penned an op-ed slamming Prime Minister Justin Trudeau and others for their extreme and divisive rhetoric when talking about millions of unvaccinated men, women and children.

In the article published by the Brownstone Institute, SUNY Cortland Assistant Professor Jared McBrady outlined how Trudeau and other leaders including French President Emmanual Macron were “othering” the unvaccinated.

McBrady described “othering” as the “process of dehumanizing through marginalizing a group of humans as something different, less than, and other. Such othered groups become an easy target to scapegoat, unfairly bearing the blame for a society’s ills.”

A French-language interview from September recently resurfaced in which Trudeau accused those who refused to be vaccinated as “misogynists”, “extremists” and “racists.” Trudeau’s comments brought him a wave of international condemnation.

“History is replete with examples of othering,” McBrady wrote. “The Ancient Greeks othered based on language, labeling those who did not speak Greek barbarians. In the United States, chattel slavery and segregation were sustained through othering based on skin color. In Nazi Germany, Hitler othered based on religion, casting Jewish people as enemies of the state.”

“Now, some politicians are othering the “unvaccinated.” These politicians attempt to scapegoat and marginalize this minority group, despite knowing that vaccinated and unvaccinated persons alike can contract and spread COVID-19.”

McBrady isn’t the only one who has joined the chorus of international figures speaking out against Trudeau.

Most recently, the UK outlet talkRADIOTV featured a segment on Trudeau’s comments in which guest and broadcaster Tonia Buxton shamed  the prime minister for his recklessness.

“That is the leader of Canada coming out with such polarising things,” said Buxton. “You know we are not allowed to say this but certain things happened during the Second World War and how did they happen? It’s like this.”

“He’s setting people up as being lesser, as being other, as being despicable, as being guilty of things that are socially unacceptable: misogyny, racism,” said Oliver. “And to put those crimes onto people who are hesitant about an experimental medical procedure? I think it’s a disgrace, I think it’s borderline criminal.”