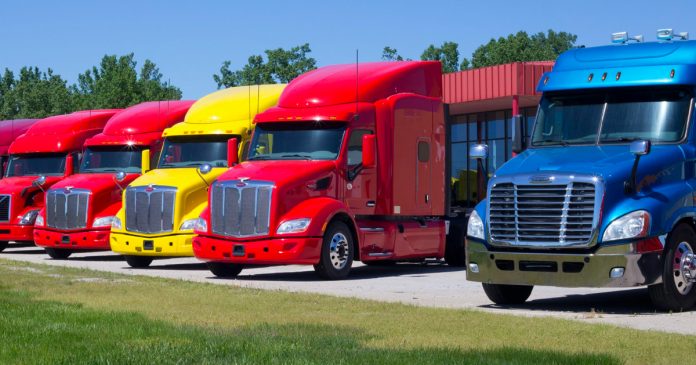 While Ottawa has walked back requiring COVID-19 vaccination for Canadian truck drivers, border guards are still set to turn away thousands of US truckers who haven’t had their shots.

On Wednesday, the Canadian Border Services Agency (CBSA) announced that it would not require unvaccinated Canadian truckers to quarantine after several industry leaders warned that the mandate would wreak havoc on Canada’s supply chain.

The reversal means that nearly 10% of Canada’s 120,000 truck drivers will get to continue delivering essential supplies across the border. However, according to the American Trucking Association (ATA), nearly half of the 28,000 US truckers who regularly enter Canada will still be turned away under the new program.

“We want everybody to get vaccinated. We’re not anti-vax. But this is a group of folks, for whatever reason – I’m not going to point fingers – they’re not vaccinated at a high rate,” said ATA chief economist Bob Costello.

Not only will the mandate require the CBSA to turn away essential workers, but it will also create strains on border wait times and processing for truckers who are vaccinated.

“As the new measures are rolled out on Jan. 15, truck drivers may experience delays at port of entry due to the modified public health measures,” a CBSA spokesperson told trucknews.com.

“The CBSA will monitor volumes and wait times and be prepared to allocate resources and adjust staffing levels to minimize processing times and potential delays at our ports of entry. The CBSA will not compromise the health and safety of Canadians for the sake of border wait times.”

Canadian trucking organizations have been warning for some time now that a vaccine mandate could have devastating effects on Canada’s economy, potentially leading to shortages of goods across the country.

According to Canadian Trucking Alliance President Stephen Laskowski, the mandate “is not a trucking issue at all. This is a supply chain issue that can have severe ripple effects throughout the entire North American economy.”

Conservative Party Leader Erin O’Toole also called for an end to the mandate, urging the federal government to reverse course.

“We will be short tens of thousands of truckers if the government doesn’t very quickly address this issue,” said O’Toole.  “That doesn’t mean that I don’t think people shouldn’t be vaccinated; it means we have to deal with the reality of the fact that there will be a small number of unvaccinated.”