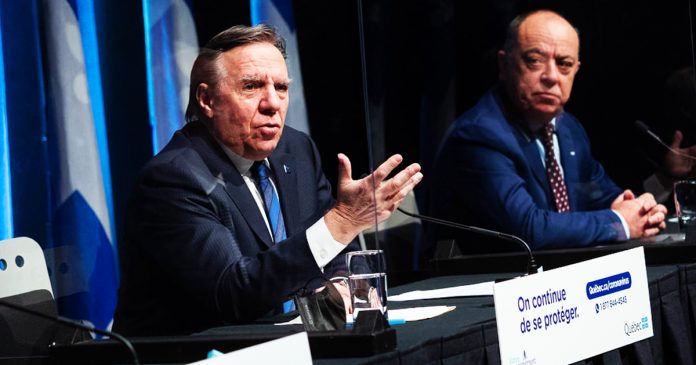 Quebec Premier François Legault is trying to boost vaccine uptake by charging anyone who doesn’t have three doses of Covid vaccine a “health contribution.” True North’s Andrew Lawton says the policy is a backdoor vaccine mandate which targets people with lower incomes and makes bodily autonomy – which is supposed to be a fundamental freedom – a privilege you must purchase.