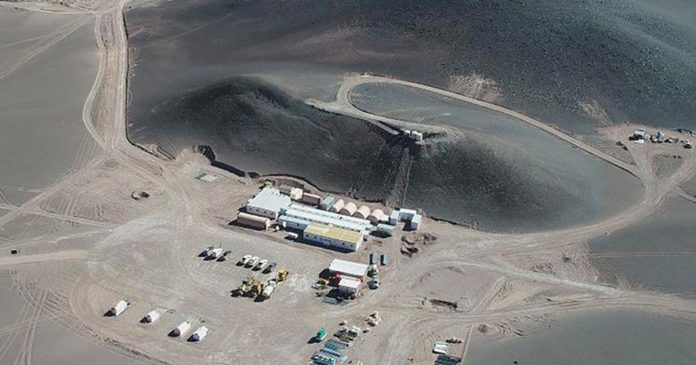 The Conservatives are demanding the Canadian government look into the takeover of Canadian mining company Neo Lithium by Chinese state-owned Zijin Mining Group.

“The fact that this review did not take place is part of a troubling pattern with the Trudeau government,” said Conservative Leader Erin O’Toole at a press conference on Monday.

O’Toole said the Conservatives are requesting an emergency meeting of the Standing Committee on Industry and Technology in the House of Commons to demand that the Liberals explain why they did not conduct a security review.

A review of this sale should be done for two reasons, according to O’Toole.

The first reason, O’Toole claimed, is that Canada must “safeguard supply and access to critical minerals like lithium to protect our economy and our competitive advantage.” This, O’Toole said, is because Canada is set to play a role in the growth of electric vehicles.

O’Toole added that companies such as Neo Lithium are Canadian because Canada is a mining finance leader. As electric vehicles become more common, he said, Canada needs to ensure “it has capital, market access, and the capacity” to thrive in this industry.

The second reason for a review of the sale, O’Toole said, is that Canada has to stay ahead of competitors in autocratic countries such as China. He said Canada should be working with democratic countries to build a reliable supply chain of minerals.

O’Toole went on to say that Canada’s relationship with the USA is not as strong as it used to be and that Prime Minister Justin Trudeau has failed to stand up for Canada. He claimed Trudeau has “curried favour with bad actors and has been out of step with our traditional partners and friends.”

In 2015, Trudeau had promised closer relations between Canada and China.

“I’m well aware we have an opportunity to set a fresh approach in our relationship right now,” said Trudeau at a bilateral meeting with Chinese President Xi Jinping in 2015. “I certainly hope that this is going to be an era of greater cooperation and mutual benefit for both Canada and China in the coming years.”

O’Toole called the takeover’s lack of a security review “a critical failure.”

“The Trudeau government’s pivot to Beijing was viewed as a pivot to our most important ally and trading partner,” he said. “A pivot that has diminished our reputation and reduced our influence in Washington.”

Canada did not conduct a security review of Zijin acquiring Neo Lithium, which led to the deal being closed.

“The law states they have 45 days after announcement to start a review if they believe there is a specific concern,” said Neo Lithium spokesperson Carlos Vicens in an email to The Globe and Mail. “The timeline passed in early December and no review was done.”

Zijin announced in October that it would be buying Neo Lithium for $960 million. The Canadian company was looking at developing a mine in Argentina and hoped to supply the electric vehicle industry with lithium for batteries.