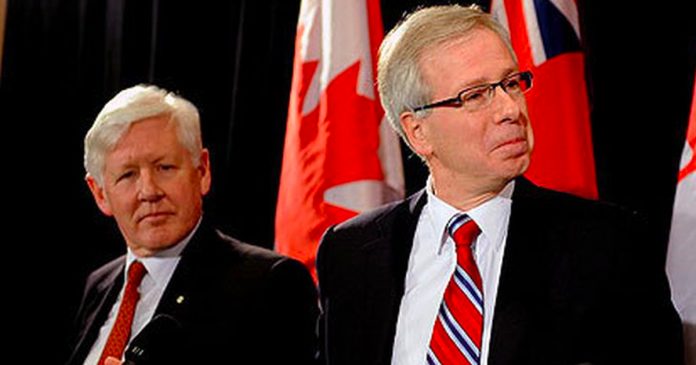 Canadian ambassadors who once held posts in the federal cabinet are currently being paid lavish salaries and bonuses that tower over what ministers currently make in the House of Commons.

According to the French-language outlet La Presse, ambassadors who were once ministers can receive close to $400,000 yearly when salaries and bonuses are taken into account.

Among those ambassadors who once held a ministerial profile are Canadian Ambassador to the United Nations Bob Rae and Canadian High Commissioner to the United Kingdom Ralph Goodale.

Rae’s base salary scale reaches $305,000 discounting bonuses, while ordinary ambassadors only get paid $212,000 per year. In comparison, the average federal minister earns $274,500 in taxpayer compensation.

As pointed out by the outlet, Rae can also receive a 33% performance bonus, all the while enjoying a personal cook and a residence paid for by taxpayers.

“Those are some big paycheques. Why would taxpayers pay former ministers more money as ambassadors than when they were making decisions in cabinet?” Terrazzano told True North.

“With the federal government more than $1 trillion in debt, and many Canadians having lost their job or business during the pandemic, now is the perfect time for the government to end this special treatment for former ministers and rein in those salaries.”

In a comment given to La Presse, the office of Foreign Affairs Minister Mélanie Joly defended the lavish compensation.

“Salaries are determined based on the complexity of the assignment, the difficulty of the position, and the qualifications and expertise of the person proposed for the position,” Joly’s spokesperson told the outlet.

“Canada’s representatives abroad work tirelessly to promote Canadian values, such as democracy, human rights and inclusion, around the world. Canada faces the pressing challenges of our time and our diplomats are essential to doing so. Canada continues to be well represented abroad and Canadians should be proud of the work our diplomats do on their behalf.”