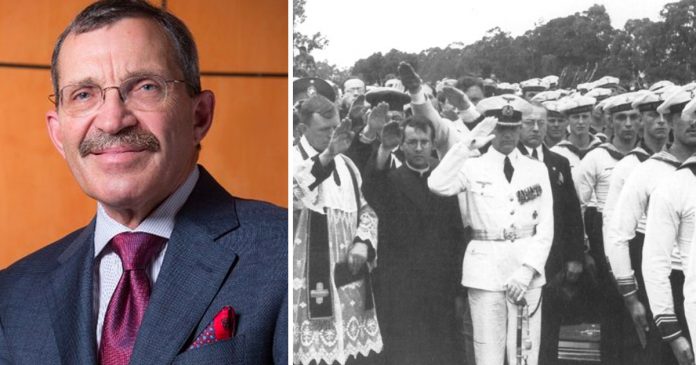 Former Ajax mayor and current NDP candidate Steve Parish once defended letting a street keep its name at a city council meeting even though it was named after Nazi naval officer Hans Langsdorff.

Parish served as mayor of Ajax from 1995 to 2018 and was in office at the time Langsdorff Drive was dedicated.

In the November 2020 town council meeting minutes, Parish is cited as defending the Nazi officer, saying “Hans Langsdorff was an officer of the German Navy and not a Nazi.”

Parish was opposed at the same meeting by both a Holocaust survivor and a local Rabbi. Holocaust survivor Max Eisen spoke of the symbolic importance of renaming the street while Rabbi Tzali Borenstein urged council to rename it due to the impact and trauma of the Holocaust on Durham Region residents.

Parish is quoted in local news reports as replying, “there’s no evidence Langsdorff was associated with the Nazi regime and its crimes. If there was evidence, I and the council would not have done that.”

Moving against Parish’s objections, Ajax town council voted 4-3 to rename Langsdorff Drive. The street was renamed to Croker Drive in honour of two allied sailors that served during the battle that ended up sinking Langsdorff’s ship.

Langsdorff was captain of the German battlecruiser Admiral Graff Spee between 1936 and 1939. The Admiral Graff Spee sank eight merchant ships between September and December of 1939 and during the Battle of River Plate in the American Theatre, Langsdorff’s ship injured or killed 100 victorious allied sailors.

The town of Ajax is named after the Second World War British cruiser, HMS Ajax. The HMS Ajax and the Admiral Graff Spee came to blows in December of 1939 at the Battle of River Plate.

Langsdorff was an admirer of Hitler and the Third Reich, writing in letters to his family, “I can now only prove by my death that the fighting services of the Third Reich are ready to die for the honour of the flag.”

Speaking to a captured British sailor, Langsdorff said of Hitler that he was a “prophet, not a politician.”

Parish received the Ontario NDP nomination last week, a few days before current Ajax MPP and former Minister for Long term Care Rod Phillips announced that he would be resigning from cabinet and would not be seeking re-election in June. It is expected that the Progressive Conservatives will be nominating a new candidate in the Durham region riding.

A statement from Parish’s office sent to the Toronto Sun on Friday said, “it would be highly unfair and inaccurate to suggest the people supporting the name at the time, including the local Royal Canadian Legion Branch and HMS Ajax veterans, were in any way supporting or condoning the Nazis and any of their atrocities.”

Speaking on the announcement of Parish’s nomination in Ajax, Andrea Horwath said, “Steve has been there for the people of Ajax for decades, and I am absolutely thrilled that he’s bringing his experience, advocacy and community leadership to the NDP team.”