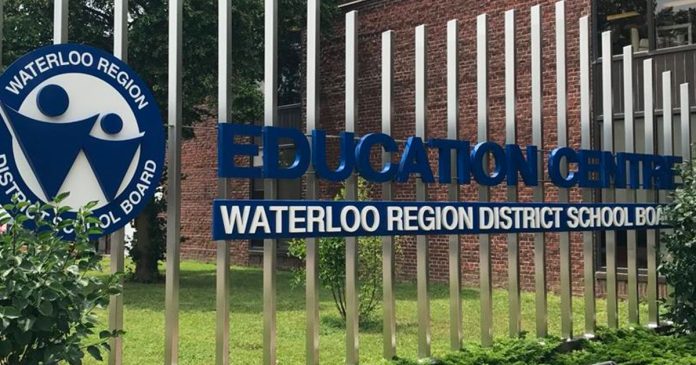 A Waterloo Regional District School Board (WRDSB) teacher was cut off and cancelled partway through her speech to trustees Monday night for expressing concern about some highly sexualized books available in elementary school libraries.

Board chairman Scott Piatkowski cautioned and then stopped Carolyn Burjoski barely four minutes into her talk when she raised the age appropriateness of two books that include highly sexual references to homosexuality and transsexuality.

Piatkowksi told Burjoski that what she was saying violates the discriminatory provisions of gender expression and gender identity under the Ontario Human Rights Code and ruled that she be stopped.

Burjoski, a teacher for 20 years, had referred to a book called Rick by Alex Gino in which a young boy talks to his friend about loving “naked girls.” The young boy is confused and thinks he’s asexual.

She also discussed The Other Boy by M.G. Hennessey in which a doctor informs a teen about to transition from female to male with hormone blockers and testosterone that he may end up infertile. In the book, the young girl thinks that’s “cool.”

She added that the books pressure kids to grow up and think about sex too soon.

What ensued was a nearly 15-minute debate and procedural wrangling on whether Piatowski’s ruling was fair or right. Vice-chair Kathleen Woodcock didn’t seem to have the slightest clue how to handle objections from those brave trustees who felt  the attempts to cancel Burjoski were wrong.

Trustee Mike Ramsey said it was a “stretch” to say the talk violated the Human Rights Code.

“The delegate hasn’t made any personal attacks …she’s actually quoting from books that are in our schools,” he said.

Ramsey added that the chair was “ill-informed” on this issue.

After a 5-4 vote in support of the chairman’s ruling, Piatkowski gleefully reiterated that Burjoski needed to stop.

“I ask that the delegate be removed from the meeting,” he said, “and we will continue with the next delegation.”

After the meeting Piatkowski mocked a parent on Twitter who opposed the ruling, even pointing out the parent’s low number of Twitter followers.

Trustee Jayne Herring – who had also made her support of mandatory vaccines very clear on Twitter – also tweeted that there was no place for hatred at the Board.

When I asked her what was hateful or derogatory about the teacher’s speech, Herring never answered the question, tweeting:

Another trustee who supported Piatkowski tweeted the following:

The Monday night meeting was the best example of wokeness gone wild. Piatkowski and his supporters certainly made their highly dysfunctional Toronto District School Board (TDSB) counterparts seem tame.

I wonder if any of these trustees have actually read the books or whether this was a knee jerk reaction to anyone who disagrees with their incredibly absurd view of the world.

I doubt they’ve read them.