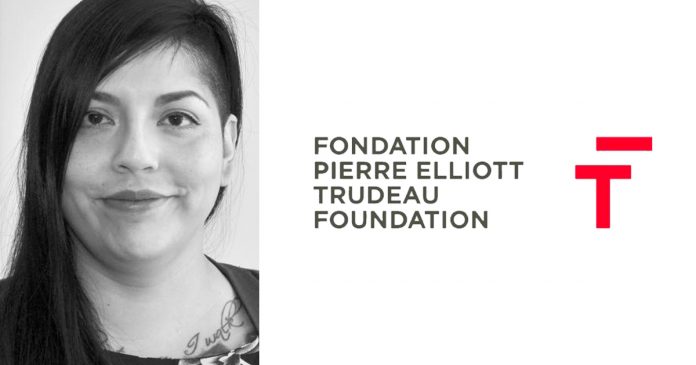 An Indigenous woman who filed a lawsuit against the Pierre Elliott Trudeau Foundation over alleged sexual misconduct while she was a researcher at the organization in 2018 is claiming they are now trying to prevent her from proceeding with the case.

“The Trudeau Foundation is pulling out all the stops, employing lawyers across the country to try to prevent me from proceeding with my lawsuit,” Smiley’s GoFundMe claims. “I suffered not only the trauma of sexual misconduct at the hands of my mentor, but the Trudeau Foundation continues to inflict pain by refusing to allow me to tell my truth and support my recovery.”

Cherry Smiley is seeking to raise $10,000 in funds for her lawsuit, which concerns former Northwest Territories premier and Trudeau Foundation mentor Stephen Kakfwi. The lawsuit does not name Kakfwi or other members, but only the foundation itself.

“The Trudeau Foundation has used intimidation and threats against me, in addition to their very deep pockets, to make it very difficult and expensive to continue with the lawsuit,” she says.

Smiley is a member of the Nlaka’pamux and Diné Nations First Nations. She claims that while under Kakfwi’s mentorship, she was subjected to a number of alleged sexual advances.

The incidents were first reported in the media last year. They took place while Smiley was a second-year PhD student at the foundation’s “Summer Institute” in 2016. Smiley claims that Kakfwi inappropriately grabbed and massaged her in a hotel lobby following a dinner they had together.

Another incident is said to have taken place while at a gala at the institute where Kakfwi allegedly grabbed Smiley again and claimed she could stay “in his spare bedroom.”

“She was especially frightened and intimidated given that she required a reference letter from Mr. Kakfwi in order to receive the subsequent year of her scholarship funding from the Trudeau Foundation,” court documents state.

Kakfwi was removed from his position at the foundation in August 2018.

After Smiley brought up her concerns with the foundation’s top brass, she was allegedly accused by former foundation CEO Morris Rosenberg of “blowing things out of proportion.” Additionally, following Kakfwi’s removal as a mentor, Smiley says she was pressured by foundation board members Bruce McNiven and Peter Sahlas to sign a non-disclosure agreement.

“They attempted to minimize the sexual harassment, telling her that it was just a ‘cultural misunderstanding,’” the lawsuit alleges.

According to Smiley’s lawyer Kathryn Marshall, the Trudeau Foundation has yet to submit a statement of defense and is contesting the lawsuit on the grounds of jurisdiction.

Smiley is seeking $500,000 in damages, alleging the foundation “breached its contractual duty of good faith and honesty.” Smiley is requesting another $500,000 for the organization having “breached the Plaintiff’s confidence,” in addition to punitive costs of $250,000.