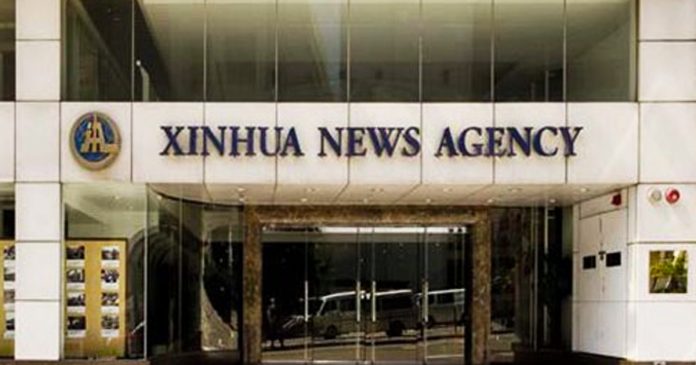 The Parliamentary Press Gallery met in secret on Monday to debate whether communist China’s state outlet, the Xinhua News Agency, should be granted membership.

According to Blacklock’s Reporter, the Prime Minister’s Office was not alerted about Xinhua’s application.

“The Gallery is not bound by any outside political considerations,” Gallery president Catherine Levesque told Blacklock’s. “We are doing our due diligence to ensure Xinhua meets certain criteria and we will be making a decision shortly.”

When questioned further on the state outlet’s application, the Gallery refused to provide further information.

First granted access to the gallery in 1964 by the Liberal government at the time, Xinhua’s membership lapsed in 2020.

Membership with the Gallery allows journalists access to the parliamentary precinct and to question decision-makers in the House of Commons.

Xinhua is the chief propaganda arm of the People’s Republic of China and has frequently excused President Xi Jinping’s ongoing genocide of over a million Uyghur men, women and children in the Xinjiang region.

Last year, the House of Commons unanimously voted to declare communist China’s ongoing mass encampment of Uyghurs and other ethnic minorities a genocide after Conservative MP and foreign affairs critic Michael Chong put forward a motion to do so.

Xinhua’s operations in Canada have been the subject of controversy and national security concerns in the past. In 2012, former Xinhua journalist Mark Bourrie revealed that his employer asked him to surveil Chinese dissident protesters and to report on “evil religions” – a code word for Falun Gong practitioners – for the outlet.

The outlet was also barred by the Department of National Defence from attending its pressers the same year.

Last week, the Canadian Security Intelligence Service warned Canadian MPs and Senators to watch out for influence operations being conducted by the Chinese government and to alert the spy agency of any suspicious activity.

“Foreign governments try to influence others all the time but [CSIS] spoke about illegitimate forms such as coercion, subversion and disinformation,” said Chong.

“This is a very welcome development. For too long, Parliament has been shielded from Canada’s security and intelligence activities.”