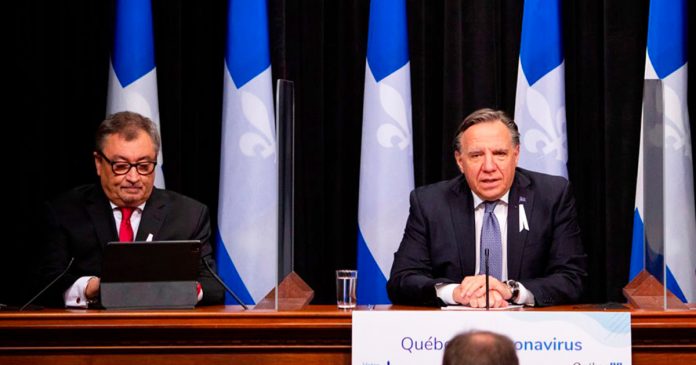 The Conservative Party of Quebec (PCQ) has alleged that the province’s former top doctor Horacio Arruda resigned because Legault’s controversial tax on the unvaccinated was a “bulls**t” COVID-19 measure.

On its social media pages, the party posted a clip of Arruda dating back to Oct. 2020. In the clip, Arruda says he would resign if he ever felt the government’s COVID-19 measures were “bulls**t.”

The post claims, in French, “here is the REAL reason why Horacio Arruda resigned from his position.”

Arruda’s resignation came hours before Quebec premier François Legault announced a tax on unvaccinated Quebecers, and as the province was reportedly considering requiring the vaccine passport for grocery stores and pharmacies that offer delivery.

Arruda made the comments at an Oct. 2020 press conference while answering a question about making public recommendations to Premier Legault.

The 61-year-old doctor had been Quebec’s public health director for almost 12 years when he suddenly resigned on the evening of Jan. 10, 2022.

In his resignation letter, Arruda made no mention of the government’s anti-vax tax or other strict COVID-19 measures. Instead, he cited criticisms of his opinions – which he felt had created an erosion of public trust – as the reason for his departure.

Premier Legault and the province’s former top doctor have had disagreements on Quebec’s response to COVID-19 in the past.

Arruda revealed at a committee meeting in December 2020 that he had recommended restaurants remain open in the red zones of Quebec’s COVID-19 framework. However, Legault opted to shut them down, a closure which lasted nearly 240 days in the Greater Montreal Area.

With an election set to happen in Quebec on Oct. 3 of this year, the PCQ is hoping to gain the support of right-leaning voters disgruntled with Legault and his party’s hardline COVID-19 restrictions.