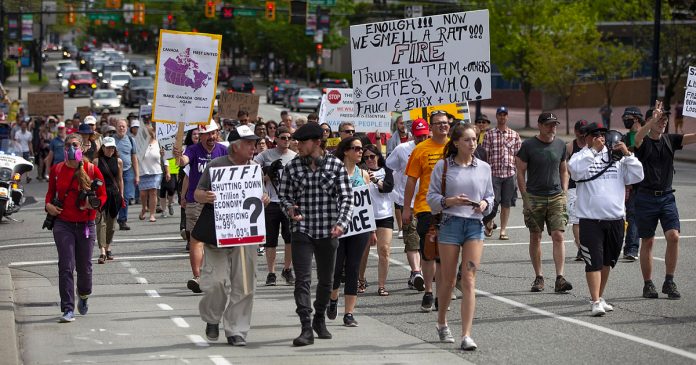 Since December, approval of Prime Minister Justin Trudeau’s handling of the pandemic has dipped by five percentage points. Only 49% of those polled now say they approve of Trudeau’s response to the Omicron variant.

When it comes to support for lockdown measures instituted by provinces, approval has tanked even further. Compared to July, when over two-thirds of Canadians were calling for lockdowns, only 52% of Canadians currently support them.

“When this pandemic started a couple of years ago, there was really this sense that we were all in it together. … Now, that sense that (Canadians) were rallying behind our political leadership has definitely declined.”

In Quebec, 46% of those polled said that the nighttime curfew and other lockdown restrictions put in place by Legault were too strict.

“What’s happened is that people are either thinking that this (pandemic) will be going on for a long time and that we’re going to have to learn to live with it, or they have just checked out from evaluating it anymore,” Bricker said. “It’s just being factored into the way that they’re living their lives.”

Alongside its extremely restrictive measures, Quebec has announced a vaccine mandate for all of the province’s residents. Those who are not vaccinated against COVID-19 will face an unspecified health tax.

When Trudeau was asked what he thought about Legault’s decision to punish people for their own personal health decisions he said that he supports “incentives and strong measures.”