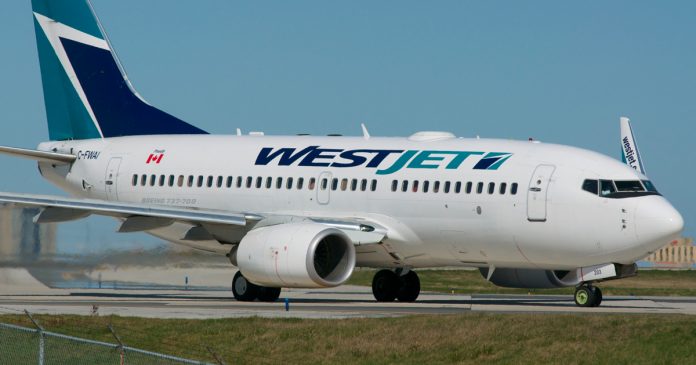 The Transportation Safety Board (TSB) is citing privacy concerns and regulations after refusing to provide details concerning two WestJet pilots, one who collapsed in-flight and another who ended up hospitalized.

On Dec. 6, 2021, a pilot flying from Calgary to Atlanta on WestJet flight 1590 had a health emergency and collapsed as passengers with medical training were in attendance. The flight was forced to turn around with a replacement pilot over southeastern Alberta and land at the Calgary International Airport where EMS crews were present.

An Air Traffic Control (ATC) recording obtained by True North reveals that a query was made by the flight to “confirm that EMS is standing by” and that their “patient just got worse.” A defibrillator was also mentioned in local reports.

“WestJet 1590 medevac just confirmed that tower paramedics are all waiting at the gate. You should be good to go,” Calgary ATC responded.

Upon landing, although EMS crews made contact with the flight around 1:25 p.m., paramedics did not see the patient and summarily left the scene.

Several weeks later on Dec. 27, 2021 another pilot became incapacitated on WestJet flight 656 travelling from Calgary to Toronto and was forced to land in Winnipeg. According to ATC records, the flight’s first officer suddenly became ill and could no longer perform normal flight duties, needing to be replaced by another captain on board.

Recordings also indicate that ATC inquired about the age and gender of the pilot but was told by the flight deck that they would “get back to (them).” Upon landing the first officer was seen by EMS and taken to a local hospital.

WestJet has refused to reveal the causes behind both incapacitations as well as the current conditions of either pilot. True North reached out to WestJet for further comment but did not receive a response by the deadline.

Upon contacting the TSB, True North was told that the matter was currently being investigated.

“In both cases the events were classified as class 5 occurrences in accordance with the TSB Policy on Occurrence classification. A class 5 occurrence investigation has little likelihood of identifying new safety lessons that will advance transportation safety. The investigation is limited to data gathering and the data are recorded for statistical reporting and future analysis,” said TSB communications team lead Alexandre Fournier.

According to Air Passenger Rights president Dr. Gábor Lukács, the two cases do not strike him as unusual. Although not a safety expert, Lukács is a longtime advocate for airline travelers and a critic of unfair practices in the industry.

“In the WJ 1590 case, it sounds like the crew member may have had some cardiac event (I infer this from the reference to the defibrillator),” Lukács told True North in an emailed statement.

“In the WS 656 case, it is not clear what the issue was, and the only thing that made me pause was that the gender and age of the pilot is not stated in spite of the request. I am left wondering why. If medics on the ground need that information, then it should be provided – my understanding is that immediate health issues of this nature override privacy. While there may be a completely benign explanation, it does leave one wondering: were they hiding anything?”

Lukács noted that pilot health issues are generally covered by privacy as long as it doesn’t impact their ability to fly in the future or if there are no drugs or alcohol involved.

“On its face, I do not see any reason why it should be classified differently than class 5 – unless there are grounds to suspect drugs/alcohol involved,” said Lukács.

In Canada, the Civil Aviation Directorate regulates the safety of all flights including reviewing pilots’ physical and mental fitness and setting flight and duty times.

According to federal orders, all pilots flying Canadian airlines are required to be fully vaccinated against COVID-19.