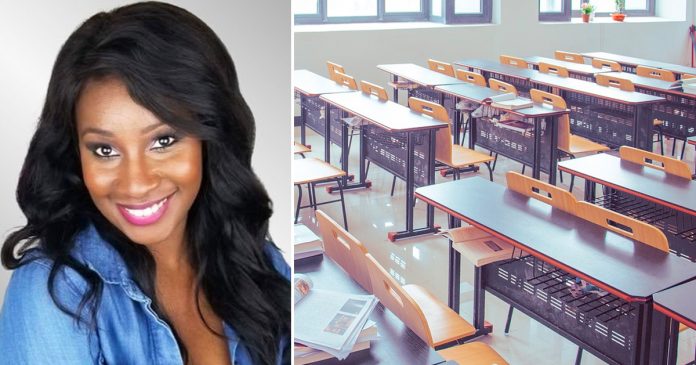 With Critical Race Theory (CRT) casting its shadow across a growing number of Canadian school boards, those of us who are fighting the extremist agenda can take lessons from people who’ve had success in pushing back.

CRT concepts have only recently emerged in elementary school curriculum documents in Ontario – especially in the guise of anti-black racism – having germinated to a large extent during COVID lockdowns.

In the United States, however, parents and Conservative politicians subjected to CRT and woke educators are starting to wake up.

In Florida’s public schools, for example, Quisha King has been battling back against the idea of teaching Florida public school students the tenets of CRT for over two years.

“I find it highly insulting for anyone to tell my child that because they happen to have more melanin than someone else that they are more oppressed and to tell a child that has less melanin that they are an oppressor,” she told True North in a recent interview. “That’s so ignorant and so simplistic.”

In fact, the Jacksonville single mother of two teenage daughters has done such a remarkable job of exposing this dangerous theory that she was singled out by Governor Ron DeSantis in his State of the State Address.

One of the most recent victories against CRT came in Virginia, at the hands of newly elected governor Glenn Youngkin. Banning CRT in state schools was part of his campaign, and he made good on that promise by issuing an executive order during his first day on the job.

CRT – which has its roots in Marxist ideology – posits that “anti-black racism” is deeply embedded in western institutions. It claims these institutions maintain white dominance and create an uneven playing field for black people.

King, who is also part of a national organization called Moms for Liberty, says that when she first heard about CRT more than two years ago at a church conference, she had no idea it was in schools.

That was until her daughter’s eighth grade teacher – during a lecture on racial themes – started asking some of her black students how they as African-American children were discriminated against.

“The class turned into one big Oppression Olympics where the children were competing for who was more oppressed,” King told True North.

“This is how CRT is being played out in our schools. It’s not like they have a CRT book… but what they are doing are taking these ideas and pushing them into the classroom through critical pedagogy.”

King calls the focus on racism merely a “smokescreen” to admit Marxist ideology so that educators can raise a generation of “activists and agitators.”“

King has also been vocal about how the curriculum in public schools is being dumbed down to deal with the disparity in success between black and white children instead of pushing everyone to succeed.

She said she finds it “highly insulting” that schools would get rid of gifted programs or subjects like Calculus and that they’d remove standards so everyone “can equally fail.”

“Why in the world would I want my child to strive for less because she’s black..I want them to reach their highest potential,” King said.

“We should be pushing for excellence, not mediocrity.”

Last June, King told a Florida board of education meeting that CRT was “racist” and disingenuous. Her remarks were picked up by the New York Post and Fox and Friends.

She feels kids should be taught about the positive contributions of black Americans.

“I want more American history taught, but I want to hear positive experiences.” King says. “I am tired of hearing the black American experience as just slavery, Jim Crow and civil rights.”

While she’s been lauded by many – including DeSantis – she’s also been called an Uncle Tom and even nastier names like “bed witch,” which was used to describe female slaves who had relations with wealthy plantation owners.

King is so incensed with what’s happening in education, she has advocated that like-minded parents pull their kids out of the public school system to avoid being indoctrinated by CRT.

She put her eldest into a private Catholic school four years ago. Her younger daughter is now part of a homeschooling co-op.

King says that more parents are homeschooling after seeing first-hand what their kids were being taught during the COVID lockdowns.

She feels that if public school boards start losing the funding attached to each student, they’ll wake up to the fact that parents aren’t happy.

“(I say) pull your kids out and I guarantee you will start to see the system change,” she told True North.

“We just need to hit them where it hurts.”