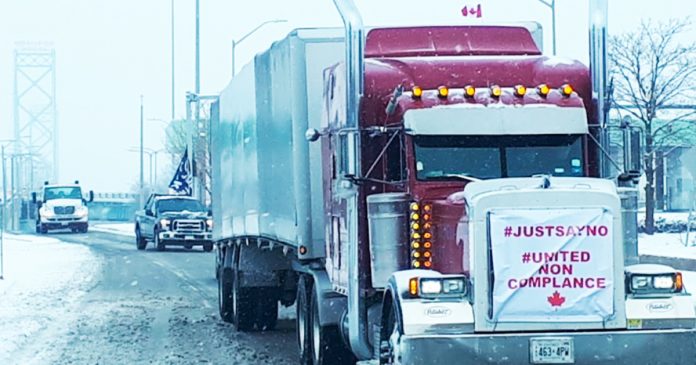 Millions of dollars in donations. Thousands of big rigs. Countless supporters lining highways and overpasses. The trucker convoy hasn’t even made it to Ottawa yet and it’s already making an impact, advocating against Justin Trudeau’s vaccine mandate for truckers. True North’s Andrew Lawton says the convoy is doing more to stand up to mandates than any of the opposition parties represented in Parliament have.

While Erin O’Toole won’t say whether he supports the convoy, a growing number of Conservative MPs are breaking ranks to show their support for the truckers.