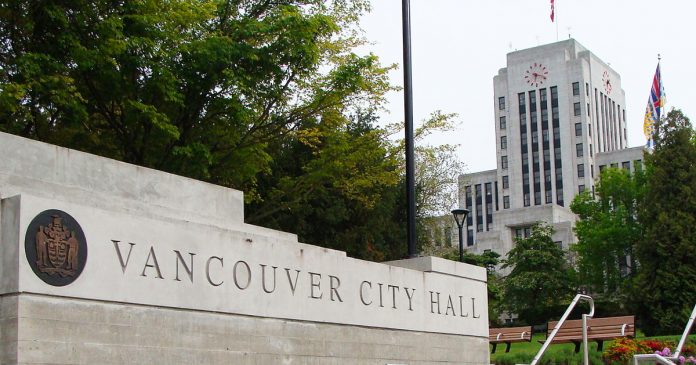 According to a council member’s motion titled Community-based Crisis Management Through Understanding and De-escalation submitted this week, Fry envisions a program of “crisis worker teams” working independently of police to respond to various emergencies.

Fry’s motion calls for council to “direct staff to develop within the strategy a pilot community-based crisis management program of public information education, and engagement that … is informed by destigmatized, decolonial and anti-racist practice.”

True North reached out to Fry to inquire whether Vancouver Police Department funds would be re-allocated to such a program and to ask what a “decolonial and anti-racist” community policing model would look. Fry did not respond before publication time.

Following violent protests in Canada and the US calling for cities to defund their police forces in 2020, Vancouver city council voted to reject a $6.4 million funding increase by the police board but stopped short of slashing the force’s budget.

While council debated a cut to the policing budget, Fry was among a few councillors who made arguments in favor of reducing funding by 1%.

“Decolonization” and “anti-racism” have become popular buzzwords among far-left advocates who seek to dismantle institutions they see as systematically racist. According to academic publications cited by the University of British Columbia, decolonization “sets out to change the order of the world (and) is, obviously, a program of complete disorder.”

The terms are closely interlinked with the controversial theoretical lens known as Critical Race Theory (CRT), which has been blasted by critics as a thinly veiled form of racism itself.

The positions and assumptions of CRT have crept into an increasing number of institutions across Canada including government, business, entertainment, public schools and higher education.

In a recent op-ed, renowned speaker and academic Dr. Jordan B. Peterson blasted the “Diversity, Inclusivity and Equity” (DIE) mandates sweeping through academia and other institutions.

“Diversity, Inclusivity and Equity — that radical leftist Trinity — is destroying us,” wrote Peterson. ”Wondering about the divisiveness that is currently besetting us? Look no farther than DIE …When does the left go too far? When they worship at the altar of DIE, and insist that the rest of us, who mostly want to be left alone, do so as well.”