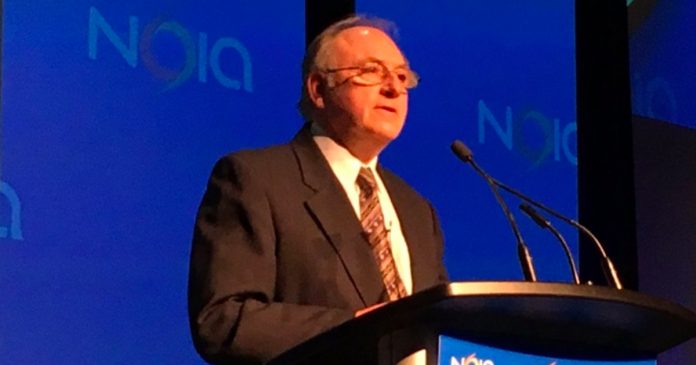 Forty years ago, Brian Peckford was one of the premiers involved in the development and adoption of Canada’s Charter of Rights and Freedoms. Now, he’s suing the federal government for violating that very Charter.

Peckford served as Newfoundland’s premier from 1979 to 1989, during which time he helped to negotiate and enact the Constitution Act of 1982. The Charter forms the first part of the Constitution.

Peckford is taking the federal government to court over its vaccine mandate for air travellers, arguing it violates section 6 of the Charter, which guarantees Canadians mobility within the country, as well as “the right to enter, remain in and leave Canada.”

The lawsuit also says the mandate infringes on the Charter rights to life, liberty and security of the person, as well as privacy rights and the right to freedom from discrimination.

Representing Peckford and the other applicants is Calgary-based Justice Centre for Constitutional Freedoms (JCCF). The JCCF is seeking an expedited hearing given the time sensitivity of the claim.

Last October, Justin Trudeau imposed a vaccination requirement to board a commercial plane or train in Canada, regardless of its destination. Now that the United States has imposed a vaccine mandate for its land border, unvaccinated Canadians are effectively denied the ability to travel abroad, even to countries without a vaccine requirement for entry.

Peckford is the lead applicant in the case, which is being filed in Federal Court.

“The federal travel ban has segregated me from other Canadians.  It’s discriminatory, violates my Charter rights and that’s why I am fighting the travel ban,” Peckford said. “It’s becoming more obvious that being vaccinated does not stop people from getting Covid and does not stop them from spreading it. The government has not shown that the policy makes flying safer – it simply discriminates.”

The JCCF says there are six million unvaccinated Canadians – 15% of the country’s population – prevented from air travel within or outside of Canada.

“Some of the Canadians involved in the lawsuit cannot travel to help sick loved ones, get to work, visit family and friends, take international vacations, and live ordinary lives,” the group says.

A release from the JCCF notes that Peckford is the last surviving drafter and signatory of the 1982 Constitution.

“I think this is rather historic,” Peckford said in an interview on True North’s The Andrew Lawton Show, which will be published Thursday. “I don’t know of any other first minister in the history of Canada who’s taken the federal government to court over something that first minister had a hand in creating and writing.”