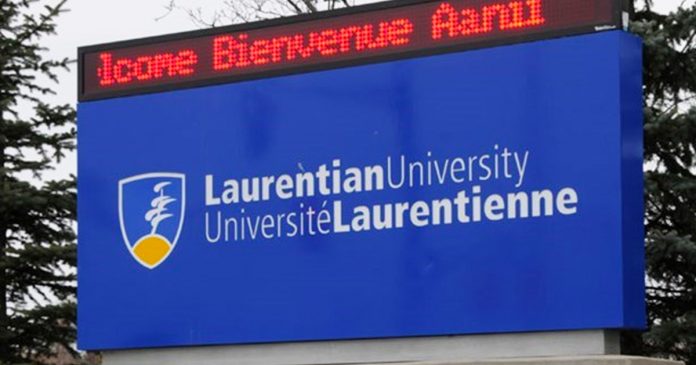 A fourth-year nursing student with a federal vaccine exemption has been prevented from finishing her studies at Laurentian University for not having COVID shots.

Katherine Bishop had hoped to graduate from Laurentian University with a BScN nursing degree in hopes of becoming a doctor down the road. As a reserve member of the Canadian Armed Forces, she had already sought and received a federal COVID vaccine exemption on Dec. 17 in order to continue her military service.

The permanent exemption was granted based on Katherine’s religious beliefs and was determined by the Canadian Human Rights Act, according to the CAF website. She is still required to undergo testing in order to access her workplace.

“For me personally getting the vaccine would go against my values and would hinder my spiritual fulfillment, therefore, it would do me more harm than good,” Bishop told Sudbury.com. “Also, I am 21 years old and in perfect health.”

In September 2021, Laurentian University implemented a vaccine requirement to attend in-person classes, stating that exemptions to the rule would only be considered on medical grounds, or those recognized by the Ontario Human Rights Code.

Again, Bishop had applied for a vaccine exemption due to her religious beliefs. She had hoped to return to Laurentian in-person and complete the classes she requires to graduate.

However, on Oct. 4th, Katherine received an email from Céline Larivière, Laurentian’s dean of the Faculty of Education and Health, stating that she would no longer be allowed to attend due to her vaccination status.

Bishop said she forwarded her federal exemption documents to the university, but aside from acknowledging they’ve received them, they’ve given no further response. As of the third week of January, Laurentian has yet to say whether Bishop would be granted a religious exemption or whether she’ll be allowed to attend in-person classes again.

While she waits, Katherine also awaits the response of other nursing schools and universities in the hopes that she’ll be able to complete her education elsewhere.

“I’m trying to be positive,” she said. “I’ve learned a lot from it too. So I have grown as a person.”