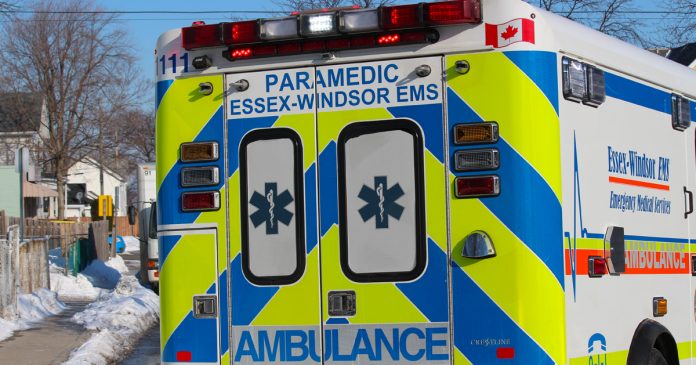 CUPE Paramedics of Windsor-Essex criticized governments across Canada for supporting vaccine mandates on Thursday, borrowing some steam from the Truckers for Freedom Convoy and continuing the chapter’s defiance of the position of the national union.

“If you initially supported mandates, you’re forgiven,” said CUPE Paramedics of Windsor-Essex in a since-deleted eight-part Twitter thread on Thursday. “If you still support mandates, you may just be authoritarian and have a propensity for evil.”

The thread, which appears to have been removed on Friday, ended with pictures of Canadians cheering the freedom convoy making its way toward Ottawa. The truckers, who are demanding an end to all vaccine mandates, lockdowns and other restrictions, are expected to arrive in the capital on Saturday.

CUPE has supported vaccine mandates for employees, saying that while employers should craft policies that ensure workers who refuse to be vaccinated can keep their jobs, members should also understand they might not be kept in the workplace for health and safety reasons.

About 35 paramedics in Windsor-Essex are believed to have been placed on unpaid leave over the policy.

According to the chapter’s president James Jovanovic, Essex-Windsor Emergency Medical Services (EMS) had been experiencing significant challenges prior to the vaccine mandates, which affected Essex-Windsor paramedics last September.

Jovanovic said at a press conference in November that while he and most of his members were vaccinated, he would defend any who were not.

“I’ve had countless sleepless nights staying up on the phones speaking directly to and shedding tears with those who are being forcibly coerced into a medical treatment, which should only be a medical decision in consultation with their doctor,” he said.

“These posts do not represent the position of Essex-Windsor EMS or the County of Essex.”

This was in turn met with a statement by Jovanovic, saying his members “support vaccination while opposing mandates.”

“We believe open dialogue and debate are crucial to our democratic society and must be protected and encouraged, whereby we must end the vilification, detestation and hate; we must accomplish this by returning respect and compassion for our fellow Canadians,” said Jovanovic.

CUPE head office could not be reached for comment in time for publication.