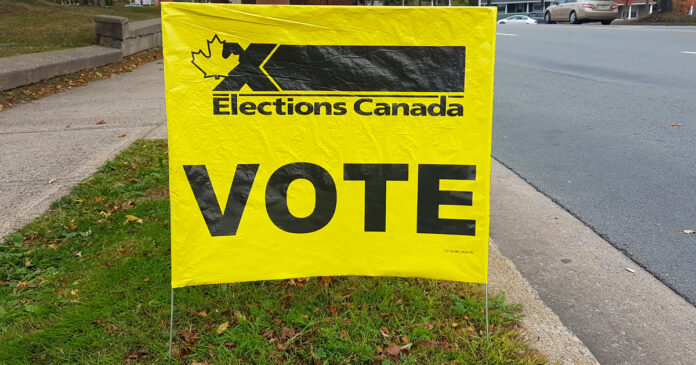 Elections Canada has admitted that 205,000 mail-in ballots sent out during the 2021 federal election were not counted.

According to Blacklock’s Reporter, the votes were discounted after being submitted late, canceled or lost in the mail.

“We are deeply sorry for any elector who was unable to vote on election day,” said Elections Canada’s executive policy director Susan Torosian regarding accessibility in First Nations communities.

The findings were filed to parliament in a document titled Report On The 44th General Election.

Mail-in ballots were encouraged by the federal government during the pandemic, and a total of 1,274,447 “kits” were sent out to voters. Only 1,068,543 of those were actually received back by election officials and counted.

When breaking down the votes that were discredited, 90,000 were returned late while a majority – 114,583 – were never returned by voters at all.

“In fact, 90,274 mail-in ballots (local and out-of-riding) were received after the deadlines described in the Canada Elections Act (either by close of polls locally, or 6 PM ET for international/national mail-in ballots returned to Ottawa),” Elections Canada told True North. “114,583 ballot kits were either never returned to us, or they were cancelled (for example, electors who returned their ballot kit unused because they voted in person instead). Those two numbers represent different things.”

“It’s important to note that the number of late, unreturned or cancelled ballots is spread out across 338 electoral districts.”

Other ballot incidents in the 2021 federal election – which saw Prime Minister Justin Trudeau return to parliament with a Liberal minority government – included 1,589 special ballots that were left in a commercial mail room.

“Because these ballots were received after the September 20 deadline they were not counted.”

Following the 2021 vote, the federal department received nearly 10,000 complaints from Canadians regarding the election process.

“As of December 14 Elections Canada had received 9410 complaints,” the report noted. “The majority of them were related to accessibility, voter experience, long lines and interactions with poll workers and voting by special ballot.”

Most recently, Liberal MP George Chahal was fined by the Elections Commissioner for “preventing or impairing the transmission of election advertising” after videos surfaced showing Chahal removing a Conservative opponent’s election pamphlet from the front door of a constituent.