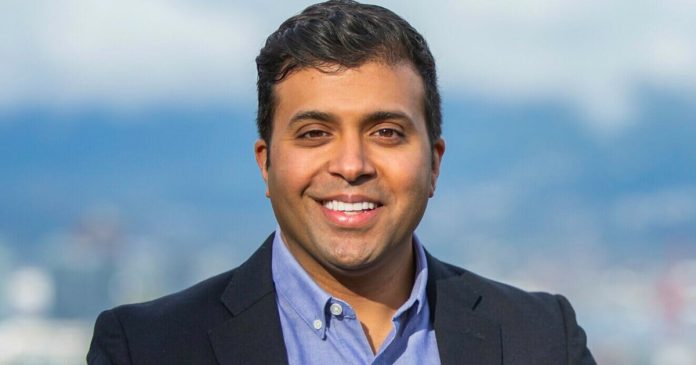 Liberal MP Taleeb Noormohamed compared the funds raised for the Truckers for Freedom Convoy to “terrorist financing” on Friday.

Noormohamed made the comment while answering questions about forcing fundraising platform GoFundMe to testify before a parliamentary committee.

“It’s important to ensure the funds aren’t being used to promote violence, extremism, anti-semitism and other forms of hate. I’m not stopping there: I moved a motion, passed unanimously, to get FINTRAC (Canada’s money laundering & terrorist financing watchdog) to appear as well,” tweeted Noormohammed.

When asked why it was necessary to reveal the identities of those who donated to the convoy, Noormohamed replied, “for the same reason we track terrorist financing.”

On Thursday, the Commons committee on public safety and national security voted to call on GoFundMe officials to appear before MPs “as soon as possible.”

The motion, crafted by NDP MP Alistair MacGregor, wants to know how the company will “ensure the funds are not being used to promote extremism, white supremacy, anti-Semitism and other forms of hate, which have been expressed among prominent organizers for the truck convoy currently in Ottawa.”

The Freedom Convoy’s GoFundMe campaign has so far raised just under $10.1 million, which organizers say will be put towards covering the costs incurred by the truckers while the rest will be donated to various veterans groups.

On Wednesday, GoFundMe froze the truckers’ funds, claiming there remained unanswered questions regarding its distribution. So far, $1 million of the money raised has been released to organizers and their lawyers.

True North has learned that Noormahamed himself is no stranger to financial controversy. During the 2021 federal election, it was discovered that the then Vancouver Granville candidate had flipped over 20 properties since 2005.

Critics accused Noormohamed of profiteering off the market while housing remains unaffordable for a wide majority of Canadians, especially with the Liberal platform squarely opposed to house-flipping.

It is estimated that Noormohamed made $4.9 million from his activities after selling homes that he owned for less than a year.