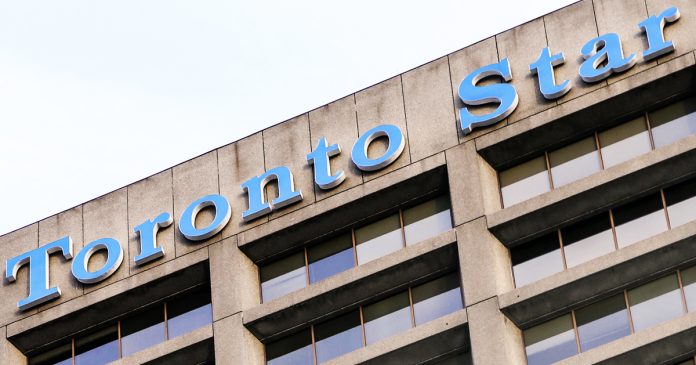 Despite already being heavily subsidized, the Toronto Star newspaper is requesting millions of dollars more taxpayer funding from the Trudeau government, according to Blacklock’s Reporter.

Torstar CEO John Boynton has petitioned MPs for more subsidies, including a $5,000 tax credit to train employees how to use the Internet.

“Today’s news is digital and there is no going back as the majority of Canadians receive their news digitally,” said Boynton in a memo to the House of Commons Finance Committee obtained by Blacklock’s. “The industry needs time.”

Torstar was purchased by investors for $52 million in 2020. Torstar said in their annual report in 2019 that they received $6.8 million in federal aid and another $30 million in digital tax credits from the Ontario government while suffering a $64.2 million operating loss.

Torstar also took funding from Prime Minister Justin Trudeau’s $595 million media bailout in 2019. These subsidies consisted of payroll rebates of $13,750 per employee at newsrooms approved by the Canadian government as “qualified Canadian journalism organizations,” as well as 15% tax credits for subscribers.

Torstar, said Boynton, could cut prices to attract customers, but the practice would be unsustainable.

He said that MPs should enact another tax credit of $5,000 per employee “for training and skills upgrades to support the digital transformation.” The company has 2,500 employees across Canada.

Torstar did not explain why their employees were not already trained in using Internet platforms and software.

Torstar shed 73 jobs after halting the publication of StarMetro newspapers across Canada in 2019, despite taking media subsidies.