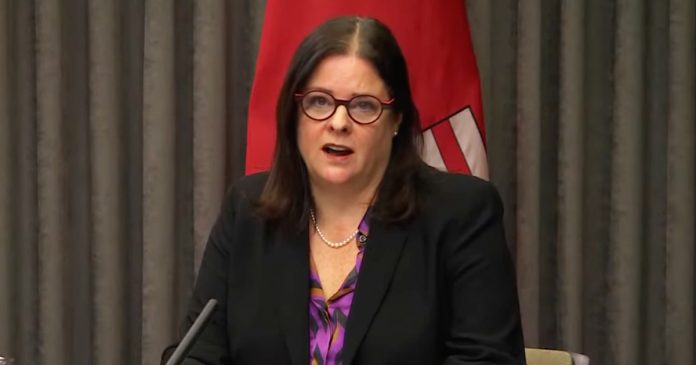 On March 1st, the province intends to remove its vaccine passport program.

On March 15th, along with all public health restrictions, the province’s mask mandate will be dropped.

“I want to thank Manitobans who have made personal, professional and financial sacrifices over the past two years, and have done their part by getting vaccinated and following the fundamentals,” said Stefanson.

“It is because of Manitobans’ collective efforts and dedication, compassion and willingness to protect one another that we are able to move forward once again to lift restrictions and allow Manitobans to get their lives back.”

The province cited stabilizing and improving COVID-19 indicators for its decision to gradually reduce restrictions.

The government also announced starting Tuesday that capacity limits for restaurants, licensed premises, entertainment venues, indoor and outdoor sporting events and casinos and gatherings at private residences would be eliminated.

Capacity limits for outdoor public gatherings and the requirement for unvaccinated close contacts of a person who tests positive for COVID-19 would also be removed.

However, the province plans on continuing to enforce tough measures on Manitoban children. For schools, the mask mandate remains in place, except in physical education classes.

Since the Truckers for Freedom convoy began, a number of provinces have announced the elimination of public health measures.

Saskatchewan was the first province to announce that it would be dropping all of COVID-19 restrictions.

Alberta followed suit by announcing that it would ditch its vaccine passport program on Wednesday and aim to lift all measures by March.

PEI also announced on Tuesday that its plan to ease public health restrictions would include gradually dropping vaccine passports and masking through April 7.

Despite these announcements, many jurisdictions in Canada – including Ontario and the federal government – have not yet committed to an end-date for passports and masking.

On Wednesday, British Columbia announced it was expanding its vaccine mandate to include all health care professionals in private practice, with a deadline of March 24.