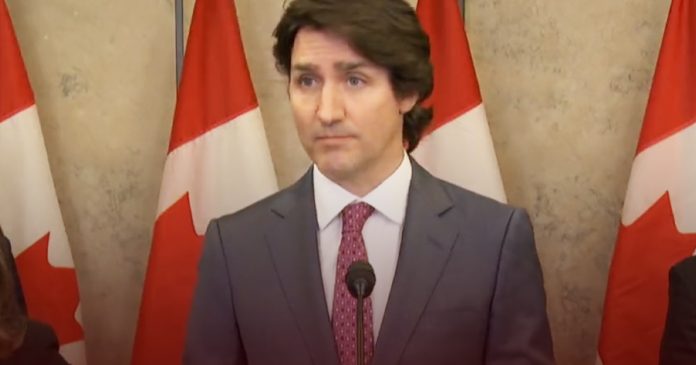 Figures from around the world are standing with Canadian protestors who oppose COVID-19 mandates after Prime Minister Justin Trudeau invoked the Emergencies Act to quash peaceful demonstrations.

The criticisms come from varied countries including the US, UK, France, Brazil and the Netherlands. Their common theme is a distaste for Trudeau’s excessive powers and his attempt to strip Canadians of their right to peaceful assembly.

True North has made a list of some of the most prominent global voices speaking out against the Liberal government’s ongoing tyranny.

UK Conservative MP Marcus Fysh wrote to his own Foreign Secretary to ask what the United Kingdom was doing to discourage the Canadian government from using “arbitrary (and) authoritarian measures against” Canadian citizens.

US Senator Marsha Blackburn accuses Trudeau of “abusing his power”

Protestors gather outside of Canadian embassy in New York

Videos posted on social media showed a group of protestors gathered outside the Consulate General of Canada in New York City to show their support for Canadians opposed to COVID-19 mandates. Protestors waved Canadian and American flags.

Investor and author of Rich Dad Poor Dad Robert Kiyosaki compared the Liberal government to“fascist tyrants” and likened protestors who were demonstrating against COVID-19 measures to “freedom fighters” in a tweet on Tuesday.

Author and speaker Douglas Murray tweeted on Tuesday that all UK parties should unite in concern over the drastic actions Trudeau has taken against peaceful protestors.

“In Canada, Justin Trudeau, Macron’s twin, establishes the state of exception. No coincidence in these parallel stories: their Project stumbles on democracy? They pass it by force. From now on, liberalism is authoritarian,” tweeted Ruffin in French.

Brazilian Member of the Chamber of Deputies and former federal district attorney general Bia Kicis wrote in Portuguese on Twitter that Trudeau had turned Canada into a dictatorship.

“Canada is no longer a free country, it has become a dictatorship under the command of the “progressive” Trudeau. To contain peaceful protesters against the health passport, the tyrant withdraws civil rights, being able to order the freezing of bank accounts, fines and even imprisonment,” the translated tweet read.

On Tuesday Dutch singer and celebrity Tim Dowsma asked when the Netherlands will “speak out about this horrible Trudeau and what he is doing to his own citizens” in a tweet which has been translated into English.