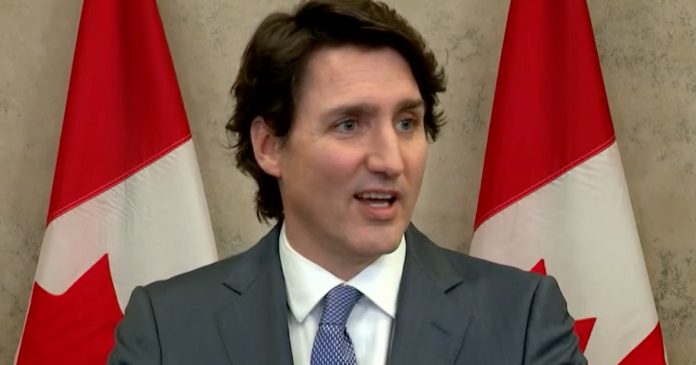 The Canadian Constitution Foundation (CCF) and the Canadian Civil Liberties Association (CCLA) have announced separate legal challenges against the Trudeau government for invoking the Emergencies Act to crush trucker protests across Canada.

Both organizations declared their legal action on Thursday.

The CCF said their legal challenge would be through an urgent application for judicial review at the Federal Court of Canada. Constitutional lawyers Sujit Choudhry and Janani Shanmuganathan will represent the organization.

“Prime Minister Trudeau has set a dangerous precedent by invoking the never used before federal Emergencies Act to address the current situation,” said CCF legal director Christine Van Geyn in a press release. “The high threshold for declaring a public order emergency in the Emergencies Act has not been met.”

Van Geyn said that the Canadian government has invoked the Emergencies Act as “a matter of political convenience.”

This move, she said, is “illegal and violates the rule of law. That is why we are challenging it in court.”

The Emergencies Act defines a public order emergency as “an urgent, temporary and critical situation that seriously endangers the health and safety of Canadians or that seriously threatens the ability of the Government of Canada to preserve the sovereignty, security and territorial integrity of Canada.”

“The decision to invoke the Emergencies Act, which has never been used or interpreted by the courts, is unprecedented,” Van Geyn said. “If Parliament authorizes the proclamation of a public order emergency, the courts will be the last defence of the rule of law.”

“This isn’t about the convoy versus the city. This is about the rule of law.”

CCLA lawyer and spokesperson Noa Mendelsohn Aviv also announced that their organization would be filing an application for judicial review of Trudeau’s declaration.

“The government’s emergency declaration is unprecedented and seriously infringes the Charter rights of Canadians,” said Mendelsohn Aviv at a press conference. “The government has brought in an extreme measure that should be reserved for national emergencies – a legal standard that has not been met.”

Mendelsohn Aviv warned that emergency powers should not be normalized, saying that protests are how people in democracies can spread their messages.

She went on to say that it is possible for protests to be both disruptive and peaceful without being violent.

Protests, Mendelsohn Aviv said, can be “the most effective way of raising awareness.”

“Reasonable limits can and sometimes must be imposed,” she added. “When imposing reasonable limits, police can and must exercise restraint, as must governments.”

Prime Minister Justin Trudeau invoked the Emergencies Act for the first time in Canadian history to provide the federal government extra powers to respond to the trucker protests.

“It is now clear that there are serious challenges to law enforcement’s ability to effectively enforce the law,” said Trudeau.

Trudeau has said the Emergencies Act would provide police with more power to break up public gatherings deemed illegal and dangerous, including blockades and occupations.

The Freedom Convoy entered its 26th day on Thursday.