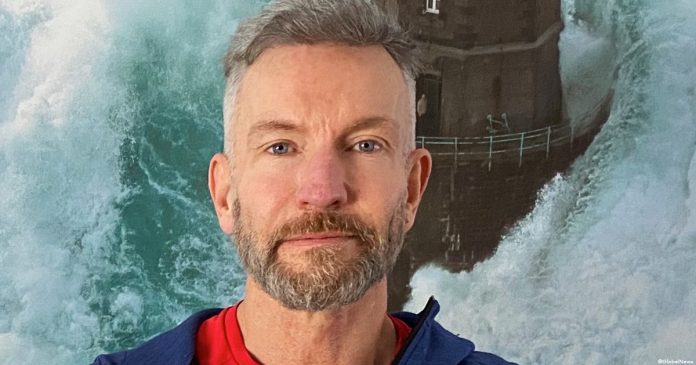 A soldier who has served in the Canadian Armed Forces (CAF) for 28 years is marching from Vancouver to Ottawa in solidarity with the Freedom Convoy and working Canadians against overbearing government COVID policies.

“About a week and a half ago, I was in complete and utter despair not knowing what I can do or how I can make a difference,” James Topp told True North. “Then there was finally a group of people banding together to do something, and it inspired me in a way I’ve never felt before.”

“Then I came up with this idea. I’m going to walk across the country. In protest.”

“Because the alternative was self-destruction. Honestly.”

Topp said he will be at the Terry Fox statue at BC Place on Sunday, Feb. 20 at 6am and will depart at 715. He said he plans to march 40km that day and to complete the 4395km journey in four months, arriving at the National War Memorial in Ottawa no later than June 20.

His announcements and preparation videos can be found on his website, Canadamarches.ca. The site also includes his “Open Letter to Higher,” where he spells out the beliefs and positions that have led him to his march.

“If I am to be punished for what I have said and done then I accept that,” the letter reads. “While I lament what has happened to this country and the direction that our society is going, as it becomes enslaved by the technology that has the potential to uplift us, I go to the gulag with the ability to hold my head up and look at myself in the mirror. I will rest easy in prison or leave this earth with peace of mind.”

Speaking with True North on Friday as Ottawa police moved in on the Freedom Convoy, Topp said that crackdowns on peaceful protests have only strengthened his resolve.

“I am marching into this for real, and I am not afraid anymore,” he said.

Topp said that like many working Canadians, he has been hit hard by government mandates during the pandemic and that the last two years have been difficult. As a current member of the Canadian Army Reserve as well as a civilian worker with the RCMP, he says he is also twice out of a job.

Both the CAF and the RCMP now require their members to be fully vaccinated against COVID or risk being terminated.

“This is a government policy that has affected me negatively,” he said, adding he is under orders not to discuss certain aspects of his situation, including his military career. “I was in utter despair. I said everything in (my) video.”

Topp first announced his intention to walk to Ottawa on Feb. 12, when he made the decision to appear in full uniform at the Pacific Border Crossing protest in Surrey. For that, he said, he is currently facing an investigation by the CAF and severe career consequences.

“Anybody can stand there and beak off,” he told True North. “But the uniform was the only mechanism I had available to me with the strength of the convictions I now have to get the message out there to people to start doing something.”

“I took my uniform, got in my car, drove down to Surrey – the level of sheer terror I experienced was right up there with jumping out of an airplane.”

“I walked out with that uniform on into that protest specifically looking for someone from the press to talk to.”

Topp appeared in a number of videos over the weekend, declaring his intention to march to Ottawa and his desire to see everyone come together to oppose what has been happening in Canada. He said the support he received has been overwhelming.

“There are 73-year-old veterans who have reached out to me on that canadamarches.ca website, and they want to come with me,” he said. “I can’t even express what that means in words.”

As a lifelong soldier, Topp said he sees himself as a guardian and that he hopes to speak to politicians in Ottawa about what they are doing to the country he has served and working Canadians have built.

“So if we are in a house, and I am the guardian, and inside this house now, we have a spoiled child – a spoiled, entitled child,” he said. “And I’m not just talking about one person. I’m talking about a number of people running around inside the house, knocking stuff over, breaking windows, writing on the walls with crayon, and we as guardians are just watching this with our hands in our pockets.”

“And now, the child has gotten ahold of a box of matches,” he said. “As the guardians, I feel we have to sit that child down and have a talk about who built that house.”

Topp stated that his march was peaceful and that he wants to raise awareness.

When asked how people can help him, Topp insisted he wanted no money. Any donations, he said, could go to Woundedwarriors.ca.

“Working people have given me all of this,” he said, opening his arms. “They’ve built everything I have. I can’t ask them for any more.”

Topp said that if people wanted to give him a place to stay as he’s passing through town, though, he would appreciate it. He also said he could use some help with the technical side of things, like coming up with a live map of his progress.

Topp said that what was originally going to be a one-man journey has grown considerably, but he’s still a little unsure about who will actually be in Vancouver on Sunday when he sets out.

As for the march itself, he says he intends to average 20-40 km a day, carrying everything he needs on his back.

“I’ve got survival skills – I’ve been in the jungle, the arctic, the desert, the forest – I have full confidence in my abilities,” he said.  “That part’s easy.”

“Now, I just want to get started.”