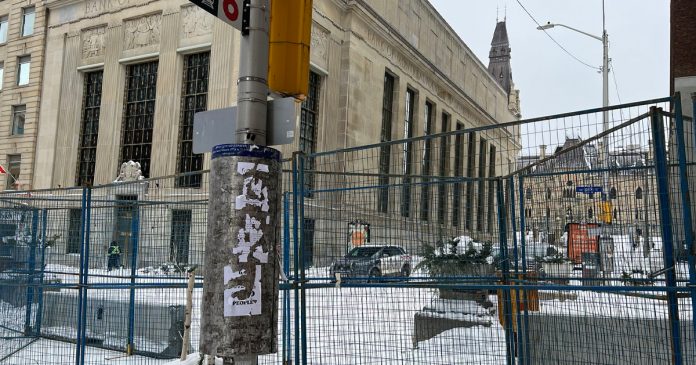 It has been an extremely busy few days for Canada’s legacy media.

Concerned with paying the piper Prime Minister Justin Trudeau for his generous media bailouts by sticking to the supreme dictator’s talking points, they played their parts very well.

They doxxed and harassed donors to the Freedom Convoy contained on lists hacked from GiveSendGo. They remained obsessive in their portrayal of the protesters as white supremacists, anti-semites and racists engaged in an “occupation.”

Damn the truth, they said.

You could almost hear them sniffing with disdain on social media at the working-class backgrounds of these dirty people invading their elitist little Ottawa enclave.

They openly cheered when the organizers were arrested. Some of the more sanctimonious among them listed the arrests like an Olympic medal count:

They implied that the protesters and donors had had it coming when their bank accounts were frozen under Trudeau’s highly draconian Emergencies Act.

They twisted themselves into pretzels trying to claim Ottawa Police did not overstep their authority by assaulting peaceful Canadians.

Yet the video footage from independent media and citizen journalists said otherwise.

As they have with the conservative media for years – I am proof positive of that – they offered not a word of support when True North reporter Andrew Lawton was pepper-sprayed or when Rebel News’s Alexa Lavoie was beaten with a baton and shot in the leg with a gas canister.

I have endured that kind of double standard for years.

I heard crickets from other media when as a Toronto Sun columnist I was escorted out of an Indigenous meeting by four armed cops, and when photographer Stan Behal and I were attacked at an Antifa rally.

I could give plenty more examples, but as a media outsider who tried to report the truth, I understood that pushback came with the territory.

Yet, that doesn’t apply to the legacy media.

I didn’t know whether to laugh or cry when they held hands and gave themselves a group hug on Twitter for having to endure a few mean words from the Freedom Convoy protesters, oblivious to the fact that they had treated the protesters worse than dirt and never gave any of them a fair hearing.

In true narcissistic fashion, they registered their outrage on social media when they were banned from Freedom Convoy press conferences.

Some of the more arrogant and self-important CBC hacks even had the gall to try to bully American journalists for reporting the events as they saw them on the frontlines.

This tweet from Carol Off of the CBC was particularly amusing given that  she was nowhere near the action:

When Sunday broke and downtown Ottawa had been ruthlessly cleared of people, they once again celebrated with pathetic hyperbole, calling it the “Battle of Wellington.”

I feel incredibly saddened that a craft that I have been passionate about for more than 31 years has become so incredibly devoid of fact-gathering.

As a journalist I have always felt an incredible need to connect with the underdog and to question authority, but the legacy media didn’t report the story in anything resembling an honest fashion or ask hard questions of Trudeau and his cronies.

No. Instead, they made themselves part of the story.

They behaved like prima donnas, they mocked and berated the protesters and they looked down on the working class from their lofty, taxpayer-bought perches.

They did Justin Trudeau proud.

And that is nothing – absolutely nothing – to be proud of.