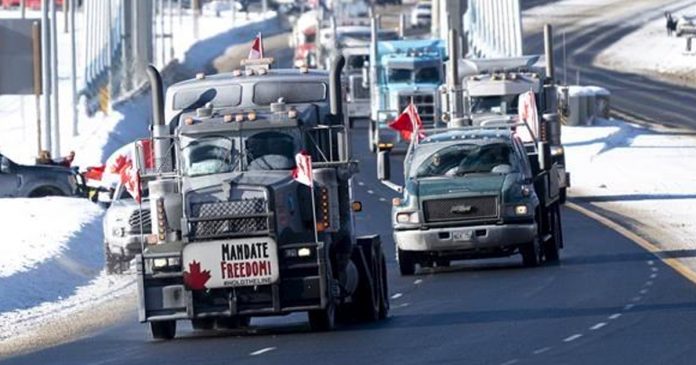 It’s been a month since the first wave of the trucker convoy set out to Ottawa to call for an end to vaccine mandates and vaccine passports, setting off a massive protest movement and a three-week-long presence in downtown Ottawa. Police action over the weekend pushed protesters and their trucks out of downtown Ottawa, yet Justin Trudeau’s state of “emergency” remains in place. A secure perimeter remains in Ottawa and police have announced plans to continue investigating and charging anyone involved in the protest.

In this live edition of The Andrew Lawton Show, True North’s Andrew Lawton talks about his reporting on the ground in Ottawa over the weekend, and speaks to convoy organizer Tom Marazzo about what’s next.