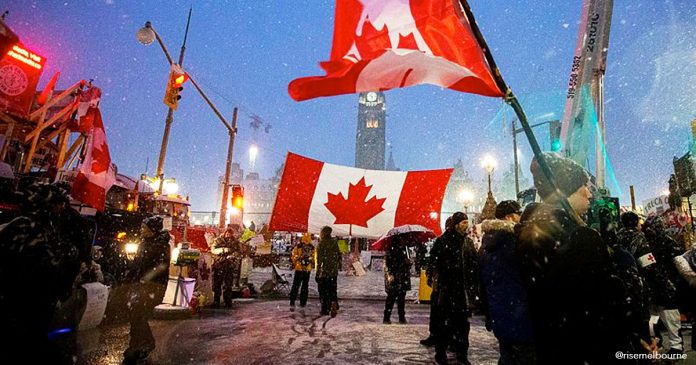 Why did the Canadian government pass the Emergencies Act last night?

There are no border closures, no road blockades, and thanks to a weekend of police brutality and excessive force, there are no protesters or trucks left in Ottawa.

Trudeau passed the Emergencies Act to crush dissidence and punish his political foes.

And the worst part is, the legacy media are giving him a free pass, parroting and pushing his propaganda and cheering him on.

Despite the brutal crackdown in Ottawa (including against journalists) and Trudeau’s best attempts to shut down political dissidence, the freedom convoy lives on! Tune into The Candice Malcolm Show.