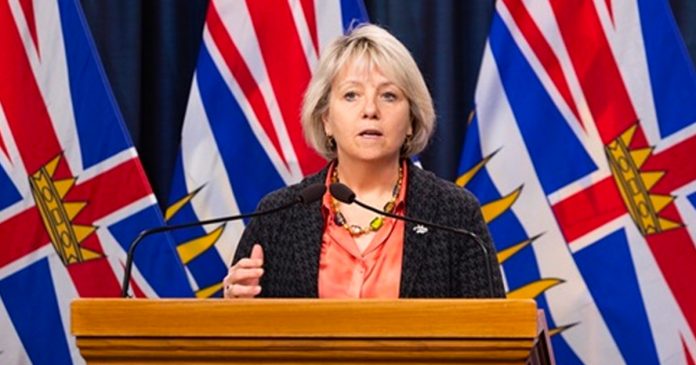 It’s a week of reckoning in British Columbia as hundreds of health-care workers and public employees are now being terminated after being forced onto unpaid leave last year by provincial COVID vaccine mandates.

The firings in B.C. come even as provinces across Canada continue to drop COVID restrictions, including Prince Edward Island and Nova Scotia, who announced today that their vaccine passport programs would end this month.

B.C. is now the only province that has not signalled definitively when any of its vaccine policies will end. The province – which does not allow rapid testing – has among the most stringent vaccine mandates in the country, if not the world.

The province had announced last fall that frontline health-care and public service employees would be joining long-term care workers in requiring two COVID shots to keep their jobs.

When the deadline passed for health-care workers in October, the B.C. government announced its mandate had forced more than 4000 employees onto unpaid leave.

Termination of those frontline workers began Monday, with the province reporting 674 employees in the Vancouver Coastal Health and Fraser Health regions now out of a job.

Dix also recognized that while conformity to government vaccination policies is high among medical professionals, even small staff losses create big challenges. Like Alberta and parts of Ontario, the province even brought in a policy allowing vaccinated health-care workers infected with COVID-19 to come to work in order to relieve staff pressures.

This week also serves as the three-month deadline for hundreds of B.C. Public Service (BCPS) employees placed on unpaid leave on November 23. Prior to this, the province had retroactively legislated COVID vaccination as a requirement of employment, meaning those who opposed the policy could then be fired “with cause.”

The group BCPS Employees for Freedom, which represents more than 450 members affected by the mandate, put out a news release on Friday urging BCPS head bureaucrat Lori Wanamaker to meet with them to reconsider their termination.

“B.C. is now just one of a few provinces in Canada that will terminate public servants for not proving their COVID-19 vaccination status,” said the group. “Ontario, Quebec, Alberta, Saskatchewan and Manitoba all honour their employees’ medical privacy and choice in this matter. They have determined that their employees can work safely without this requirement and we hope B.C. will allow public servants here to do the same.”

BCPS Employees for Freedom’s website includes video testimonials of three workers from different ministries – totalling 53 years of service – who will be fired under the existing arrangement.

Because B.C.’s public service unions – including the BCGEU and PEA – have expressed support for government vaccination, union members who oppose the policy have been left unrepresented in the matter, and unable to mount their own legal challenges to the policy.

As BCPS employees put on leave had been receiving notices from the province through registered mail, it is expected that it will take a few days before termination letters are received. Government correspondence posted anonymously to the BCPS Employees for Freedom Telegram chat on Wednesday nevertheless suggests that terminations remain in effect.

“Indeed, as expected, there is no change in the requirement that all Public Servants be vaccinated for COVID-19 and those that remain unable to provide proof of vaccination after 3 months of LWOP will have their employment terminated.”

B.C. chief medical officer of health Dr. Bonnie Henry also announced on Feb. 9 that the province was expanding the mandatory vaccination policy to remaining health-care professionals in private practices, including midwives, acupuncturists, chiropractors, dentists and many others.

The deadline for these practitioners to get their first shots is March 24.