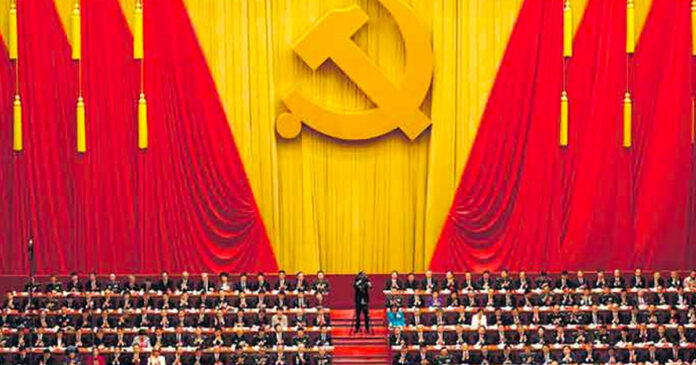 Unsilenced, a 2021 film by Chinese-Canadian filmmaker Leon Lee, is making waves in the US after 30 theatres have chosen to air the movie depicting the Chinese Communist Party’s (CCP) persecution of Falun Gong practitioners.

Theatres in Utah and Texas have offered moviegoers an extended run of the production as it continues to receive positive reviews. The film currently has an 8.9 out of 10 rating on IMDb.

Unsilenced, which purports to be based on true events, tells the tale of a naive but well-meaning young PhD student and Falun Gong practitioner named Wang Weiyu. Wang joins the Chinese spiritual movement along with several of his friends and pledges to live by its tenets.

As the popularity of the movement grows, the film’s chief antagonist, CCP Secretary Yang, goes to every length to persecute Falun Gong members who threaten the party’s stranglehold on the hearts and minds of the Chinese people.

State propaganda, forced confessions and public humiliation are all employed by the CCP in its efforts to crack down on the growing spiritual movement.

Unsilenced is set in 1999, when the Chinese government began a campaign to eliminate and ban the practice of Falun Gong in China. According to Human Rights Watch, China employed extensive mental and physical torture against practitioners.

One of the central characters is an American journalist named Daniel, played by Sam Trammell of HBO’s True Blood. Daniel, who returned to China ten years after the 1989 Tiananmen Massacre, finds himself persuaded by his own conscience and personal relationships to expose the Chinese government’s brutal suppression of Falun Gong.

Throughout the film, many parallels are made to the Tiananmen Massacre, where thousands of democracy protesters were killed or arrested at the hands of the communist Chinese government.

Other characters trapped in the clutches of the CCP struggle to square their loyalties to the government with the brutality it wages on their fellow citizens.

Due to China’s ban on Falun Gong worship, the production crew of Unsilenced was forced to shoot the entirety of the film in Taiwan.

“Many of the crew members in Taiwan who were brave enough to participate ended up either using aliases or opted to remain anonymous, fearing that there would be a risk of repercussions from the CCP if they were tied to the film,” the movie’s production notes read.

According to Lee, the idea for the film came after a chance encounter with the real Wang Weiyu in 2018 after he had escaped China.

“The banning of Falun Gong in China is one of the largest campaigns of religious persecution to happen in the world over the past 20 years, but the oppression goes far beyond one group,” said Lee in a Director’s Statement.

“I hope the audience sees the universality of this story, and sees how Wang’s story is no different from stories of oppression all over the world.”