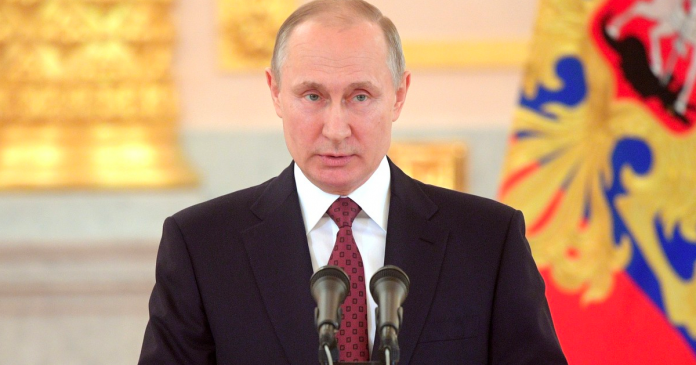 Russian President Vladimir Putin has reportedly ordered a “special military operation” in Ukraine after recognizing the independence of breakaway rebels in Russian-occupied Donetsk and Luhansk.

Explosions and shelling broke out in three major Ukrainian cities overnight on Wednesday. Kiev, Mariupol and Kharkiv were all targeted in the attack.

Ukrainians woke up to the sound of air raid sirens Thursday morning, while many fled into underground bunkers or subway stations seeking safety.

Putin’s assault was not limited to the eastern region of Ukraine but also targeted major city centres throughout the west.

Ukraine has billed the attack a “full-scale invasion” and declared martial law throughout the country.

“It wasn’t Ukraine that chose the path of war, but Ukraine is offering to go back to the path of peace,” said Ukrainian president Volodomy Zelenskyy after urging the Russians to end the invasion.

According to CNN, Russian troops seized the Antonov international airport in Kiev and set up a perimeter. Firefights between Russian and Ukrainian troops ensued.

Russian helicopters were also spotted circling the city. According to the Ukrainian parliament, Ukrainian troops shot down three K52 helicopters out of 34 that crossed its border.

Canadian prime minister Justin Trudeau put out a statement as reports of the attack began to emerge, calling on Putin to cease hostilities or face “severe consequences.”

“Russia’s actions will be met with severe consequences. Tomorrow morning, I will be meeting with G7 partners, and we will continue working closely and quickly with NATO and our allies to collectively respond to these reckless and dangerous acts, including by imposing significant sanctions in addition to those already announced,” said Trudeau.

Trudeau also levelled a number of new sanctions on Thursday afternoon targeting Russian elites, banks and government officials. In total 58 individuals and entities were included in the sanctions, among them Russia’s finance, defence and justice ministers.

Ottawa also announced the cancellation of all export permits until further notice.

Canada has already sent hundreds of Canadian Armed Forces troops to assist Ukraine as part of Operation REASSURANCE, along with material support such as small arms.

Critics have called on the Trudeau government to expel the ambassador from the country.