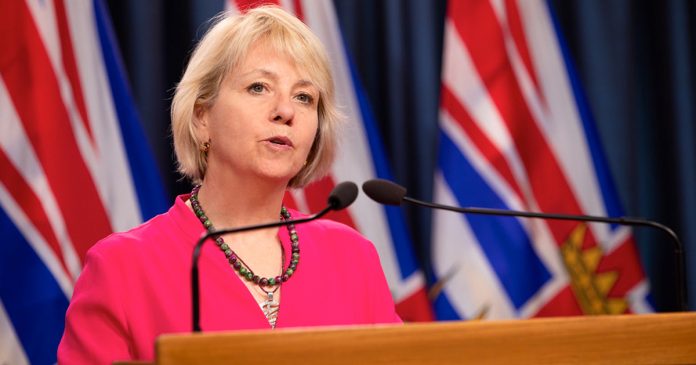 Even before holdout province British Columbia has committed to dropping its vaccine passport and mask mandates, B.C.’s chief health officer Dr. Bonnie Henry is announcing that people should be prepared to see COVID restrictions return in the fall.

“There’s still a lot of this virus circulating around the globe so there will inevitably be changes and surprises we will need to adapt to,” Henry said during a COVID update on Tuesday.

“We will have continued uncertainty as we move through the summer. We hopefully will be in a good place for the next few months because of the immunity that we have, and where we are, to be able to relieve some of the pressure of some of these measures that are in place,” she said.

“But we need to be prepared for immunity to wane again and for us to have new approaches and adapt depending on what we see come the fall.”

Henry also said that B.C. would support businesses keeping masking and vaccine passports after the restrictions are lifted – whenever that happens.

“I absolutely will support businesses continuing to protect their workers,” Henry added. “There are not tools that we abandoned. They are things that helped us, that worked.”

Despite relaxing some capacity restrictions last week, B.C. remains the only province in Canada that has not committed to dropping its vaccine passport or to fully reopening. In January, Henry extended the passport system to June 30.

Henry added on Tuesday that the province was considering relaxing more restrictions before the March 14-25 break but that it would depend on hospital numbers.

“We’ve talked about the importance of doing this prior to spring break, and that is something we’ve committed to,” she said. “We are in a transition period, but we will take it slowly and sustainably as we move into the next little part.”

Despite Henry’s continuing emphasis on hospital numbers – which are now at their lowest point since the beginning of January –  Henry admitted last month that up to 60% of COVID “hospitalizations” aren’t actually because of COVID, but are based on “incidental” infections.

The same week that Alberta, Saskatchewan, Manitoba and PEI announced they were dropping their COVID restrictions, B.C. committed to expanding its vaccine mandate to all remaining healthcare workers in the province, including those in private practices.

Last week, B.C. also began firing healthcare workers put on leave over vaccine mandates in the fall, even as provinces from Alberta to Nova Scotia have welcomed back unvaccinated workers or entered into discussions to do so.

B.C. Public Service employees put on leave on Nov. 22 are also expected to be fired within the next two weeks, although a group has since filed a court petition to halt vaccine terminations.

Henry’s comments came even as a new survey by the Canadian Mental Health Association’s B.C. division showed that most British Columbians were worried that COVID-19 would never end.

The study reported that stress over the last two years of the ongoing pandemic were contributing to a significant and long-term drop in Canadians’ mental health, with up to 57% reporting a decline and almost one third (29%) reporting feelings of anger.

In Jan. 2021, Henry had announced that a target vaccination threshold for COVID-19 herd immunity was around 70%.