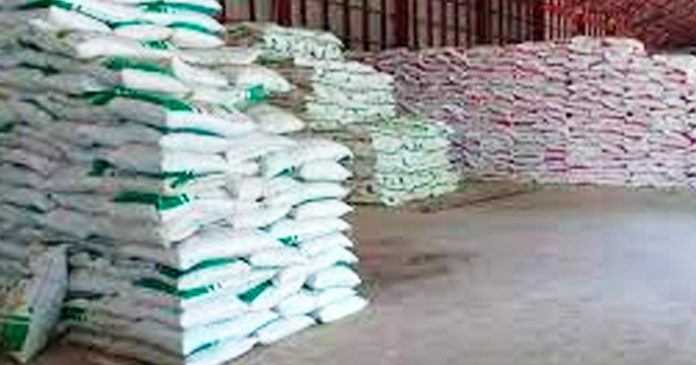 The cost of fertilizer was already at crisis levels before Russia’s invasion of Ukraine, but industry leaders say it’s now about to get much worse.

The stock price of the world’s largest fertilizer producer, Saskatoon-based Nutrien Ltd., saw a 24% increase over the last month, reaching a high of $113 CAD on Thursday.

Meanwhile, the cost of grain reached a 14-year record after it jumped to $10 per bushel.

While shareholders and investors might be happy with the market, farmers are increasingly expressing concerns about the high costs and how it will impact their yields.

High fertilizer costs were already a critical issue for the farming industry before the Ukraine-Russia conflict.

During a Feb. 17 Commons agriculture committee meeting, industry leaders urged the federal government to intervene on what they called an unfair market that advantaged big corporations while small and medium farm owners were being shortchanged.

“We’re currently facing a fertilizer crisis as one of our big supply chain issues. Farmers need to find low-cost alternatives that are more environmentally friendly and that will still fit their needs,” president of the National Farmers Union Katie Ward told parliamentarians.

“Farmers are scrambling to figure out how they’re going to implement their production for this year. We really do need to find ways for farmers to be less dependent on these inputs, because when something breaks at a factory overseas, all of a sudden we’re scrambling and anticipating yields going down and costs going up again.”

The president of Quebec Produce Growers Association Catherine Lefebvre also highlighted how countries like Russia were already beginning to favour selling to domestic markets due to rising world energy prices.

“Soaring energy prices have led several countries to cut back on the production of various fertilizers and reduce exports. That’s the case for China and several European countries, including Russia. It goes without saying that producing countries will favour the domestic market over exports. Canada is therefore at the mercy of international markets,” said Lefebvre.

Russia is the world’s second-largest producer of fertilizer after Canada. Although Canadian companies will likely benefit from the export controls and sanctions placed on its competitor as a result of governmental response to the invasion, lower farm yields are also likely to lead to higher grocery costs for Canadians.

When slapping sanctions onto top Russian officials and organizations on Tuesday, deputy prime minister and finance minister Chrystia Freeland told Canadians that they should be prepared to feel some financial pain.

Fuel prices in Canada reached record highs at the pumps on Wednesday, with $2.00 cents-per-litre gasoline now expected in Metro Vancouver over the coming days and weeks.