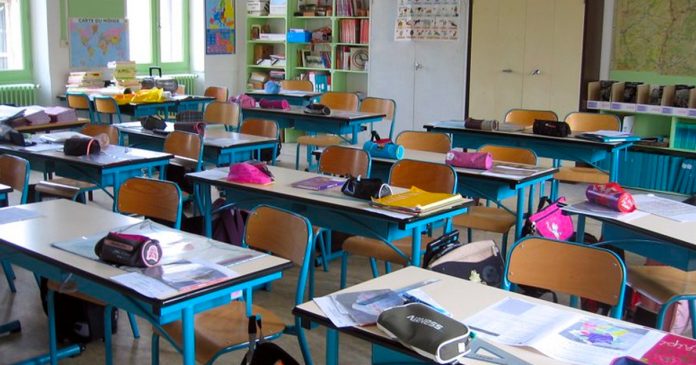 In addition to a spate of other criticisms, the Calgary Board of Education has complained that kids are being taught too much “self-control” in the latest sex-ed curriculum proposed by the Alberta government for five to 11 year-olds.

“The idea of ‘self-control is a necessary virtue’ is a heavily faith-based concept that erodes the ability to learn about healthy sexual relationships,” wrote the board. “Faith-biased understanding continues to label processes within this proposed draft. For example, pregnancy is referred to as a natural process while birth control is categorized as artificial. Further, the specific use of abstinence is inaccurate and presented as moral/values based ideal rather than one option with specific advantages.”

A Draft Curriculum Review Briefing submitted to the Regular Meeting of the Board of Trustees on March 8 is also chock- full of other woke complaints about the kindergarten-to-grade 6 curriculum. These complaints involved concerns about too much emphasis on the “great works” of literature and that counting dance steps constitutes a “colonial view” of the artform.

First proposed on Aug. 6, 2020, the Alberta government’s curriculum has faced controversy from progressivist opponents who have labeled it as too conservative and old-fashioned. As of January, the Ministry of Education has decided to move forward with an updated version after consulting with advisory groups.

In its review, the board primarily took issue with the curriculum being too centered on European culture and history. Board members also called for an “anti-racist perspective” to be included.

“The draft curriculum is Eurocentric, meaning, the focus is on Europe and Europeans, and the narrative is told from a European and European-settler perspective,” board officials wrote. “In addition to being Eurocentric and having problematic Indigenous content, the parts of the draft that attempt to address Black history in Canada are severely limited, lacking in substance and depth or an anti-racist perspective.”

Even when it came to teaching dance, analysts took pains to explain how counting steps and focusing on technique was a “colonial view” of dancing.

“The focus on counting, preplanning and technique is a colonial view of the dance artform,” bureaucrats wrote. “There is a clear Eurocentric bias when it comes to actively appreciating and engaging in Francophone, Metis, Inuit and First Nations dances.”

Additionally, educators took issue with the Alberta government’s emphasis on the “great works” of Greek and Roman literature and that the curriculum included too much Shakespeare.

“The works of literature and authors referred to as ‘great works’ are primarily focused on European culture and history (Greek, Roman, Renaissance, Shakespeare) with little connection to students’ interest and relevance to their own lived experiences,” the board wrote.

Similar gripes were voiced regarding the arts which board officials labeled as “overly Eurocentric (and) imbalance from a gender perspective.”

“The art appreciation outcomes are overly Eurocentric, colonial, and imbalanced from a gender perspective, and do not leave enough space for teachers and students to design learning about artists that meaningfully enrich other learning or exemplify local experiences and histories,”

The sciences were not immune to the woke complaints of the board either. Bureaucrats found issues with the curriculum failing to “acknowledge the existence of Indigenous science perspectives, let alone present their validity.”

The Alberta government has said that it hopes the curriculum would fully be implemented in public schools by Sept. 2023.